How Obama Has Made It Harder for Companies to Hire 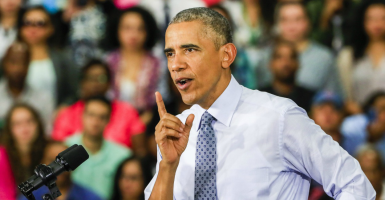 Government data released on Wednesday shows the number of private-sector job openings was at an all-time high in April. Companies, however, hired the fewest number of people on a seasonally adjusted basis in nine months. Why the disparity?

With private companies advertising so many job openings, why are they not filling them?

One thing to consider is that the government imposed cost of employing people has risen. Government has made it more complicated and expensive to hire new workers.

Rules like Obamacare, President Barack Obama’s new overtime rule, minimum wage requirements, and other per-employee costs make businesses less likely to take risks on new hires. Businesses are inclined to be more selective about who they hire when each new hire comes with new government headaches.

The governmental costs will be the same whether they find the perfect job candidate, or decide to fill a position quickly with a worker who may not pan out. With both types of workers carrying the same high surcharges—it makes sense for business owners to wait for the most qualified job applicant over the quick hire.

More cautious hiring is bad for jobs seekers because they have fewer opportunities. It is bad for employers whose businesses grow more slowly when they are short-staffed. And it is bad for everyone because the economy as a whole is less dynamic and is more likely to hit a recession.

Economic pitfalls from the government are the last thing anyone needs.