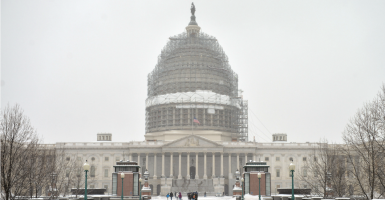 The ban was supported by 63 percent of those polled, while 12 percent disapproved of the ban and 26 percent were not sure whether they approved or disapproved of it.

On principle, only 17 percent of respondents approved of the practice of earmarks and 59 percent said it is unacceptable.

Legislators insert earmarks into bills to tag federal funds for use in specific projects, often to curry favor in their own districts.

When the House of Representatives banned earmarks in 2010, Boehner called the move a “critical step to restore public trust.”

“While it is good to see that those polled are in favor of the earmark ban, the fact of the matter is that earmarks still exist and are funneled to congressmen’s pet projects through federal programs,” Bogie said in an email.

The poll took place online and surveyed 2,000 adults between June 2 and June 5. The poll has a margin of error of plus or minus 3.2 percentage points.