For decades, under the banner of “environmental justice,” the federal government has sought to expand its jurisdiction, control, and influence. (Photo: Jonathan Ernst/Reuters/Newscom) 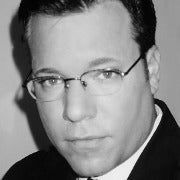 In every Soviet-era military unit, the long shadow of totalitarian political control hung over day-to-day operations. A political commissar served alongside commanding military officers to ensure that communist purity was maintained.

Readers will recall Tom Clancy’s “The Hunt for Red October,” in which the political officer, aptly named Ivan Putin, carried a missile key on the nuclear sub. The commissars were not accountable to military commanders, only to the political directorates. Soviet soldiers and sailors who were judged to be politically deviant were subject to the harshest of penalties.

So why do we look back at that terrifying model of political control? During the seven and a half years of the Obama administration, the appointment of various “czars,” the steady flow of executive orders, and the explosive expansion of regulatory power far beyond the black and white letters of statutes passed by Congress have given rise to political commissar-style federal government enforcement.

This is anathema to constitutional separation of powers and checks and balances.

Born during the Clinton administration by executive order and mostly dormant during the Bush years, “environmental justice” has become an overarching political commissar-style ideological mandate in as many as 15 executive agencies, including and especially the Environmental Protection Agency.

Carefully crafted to avoid the appearance of being a “rulemaking,” which would subject the shadowy office in each agency to public, judicial and congressional review, the Obama-era “environmental justice” initiative nevertheless tracks, analyzes, and reviews regulations to ensure they are “environmentally just.” It also has a hand in issuing public tax dollars in the form of grants to all sorts of “community groups” and agenda-driven environmentalists to “educate” the public in the form of political protests and campaigns against private industry.

For decades, under the banner of “environmental justice,” the federal government has sought to expand its jurisdiction, control and influence.

In short, the limited statutory authority of executive agencies to do the work of regulating has been trumped by the political. Formal actions by agencies are increasingly judged through the political prism of the Orwellian “environmental justice” movement, now cloaked with government power.

For decades, under the banner of “environmental justice,” the federal government has sought to expand its jurisdiction, control, and influence. Through means largely exempt from any meaningful notice and comment procedures, the federal government grants itself unlimited power to determine whether a community will be adversely impacted by an environmental regulatory decision and to regulate actions related to that community.

In the most recent example, the Department of Interior’s 2016-20 Draft Environmental Justice Strategic Plan was, strangely, open for formal public comment. In May, Southeastern Legal Foundation filed a formal public comment to bring attention to several key infirmities in the proposed plan. In addition to bringing about transformative expansion to the Department of Interior’s regulatory authority without congressional authorization, the proposed plan directly conflicts with several existing federal laws.

Specifically, its focus on environmental “effects” on “minority, low-income, or tribal populations” is both narrower and broader than Title VI of the Civil Rights Act. The statute bars disparate treatment, not disproportionate effects; protects all groups rather than only “minority populations;” and says nothing about “low-income or tribal populations.” The administration’s arbitrary enforcement of “environmental justice” makes the exact same conduct legal with regard to some Americans but not others.

According to the proposed plan, the Department of Interior intends on increasing its use of social outreach tools—the very same tools that the EPA used to conduct its grassroots lobbying campaign to support its expansive definition of “waters of the United States” that the Southeastern Legal Foundation is challenging in federal court. As it pushes environmental political correctness and seeks to expand its influence, the Department of Interior is quickly approaching the dangerous line between informing the public and lobbying the public.

Finally, the Department of Interior’s proposed plan is constitutionally problematic in that it proposes to protect some racial and ethnic groups, but not others—ostensibly denying the equal protection of laws.

Where’s the “justice” in that? The government’s reliance on race as its primary consideration for protecting one group over another from alleged environmental harms runs afoul of the Constitution and is subject to the strictest level of scrutiny. Stay tuned as “environmental justice” begins to receive critical legal and congressional examination.