Michigan Lawmaker: Parents Have a Right to Know What Bathroom Their Child Is Using at School 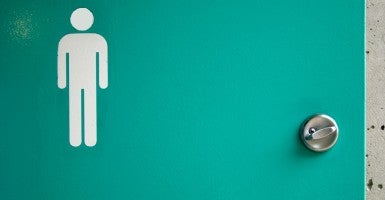 "The privacy and safety interests of students in the most intimate of situations shouldn’t be put at risk," said Roger Severino, director for the DeVos Center for Religion and Civil Society at The Heritage Foundation. (Photo: Vast Photography/Newscom)

A Michigan state lawmaker introduced legislation to help protect parental rights, especially when it comes to knowing if their child is using the boys’ or girls’ restroom at school and who has access to that restroom.

The departments of Education and Justice issued a joint transgender student directive to schools across the country in May, calling for school districts to treat a student’s gender identity the same as a student’s biological sex for purposes of implementing policies and regulations.

Casperson introduced legislation on May 25, addressing the rights of parents at schools.

>>> What Obama’s Bathroom Directive Really Does

“The privacy and safety interests of students in the most intimate of situations shouldn’t be put at risk, especially because the safety and privacy interests of transgender students can be reasonably accommodated through private facilities,” Roger Severino, director for the DeVos Center for Religion and Civil Society at The Heritage Foundation, told The Daily Signal.

“Parents have a right to know what showers or bathrooms their children are using at school, but guidance from Michigan education bureaucrats says that information should be hidden from parents if a gender-confused child requests it.”

In February, the Michigan Department of Education issued guidance to the state board of education about what to do regarding LGBT students. Michigan’s MLive.com reported that the guidance would have allowed students to change which restroom they use without parental approval or notification.

“Hopefully parents engage and get involved,” Casperson told The Daily Signal. “They can’t sit idly behind and just let this stuff happen. They have to weigh in; they have every right to weigh in and have an opinion on it.”

The issue at hand is not just about bathrooms, Casperson said, “It has a lot to do with parents and raising young children.”

Casperson’s bill says that if a parent or legal guardian of a minor asserts in writing to a school that their child’s gender is different from their biological sex, the school district should make reasonable accommodations.

“It requires that no policy concerning our children in the schools can be set by the school with just this child,” Casperson said. “Parents of the child can make a request for special arrangements if that’s required. Parents have to be involved.”

A reasonable accommodation may include a single-occupancy restroom, a unisex restroom, or the controlled use of a restroom, locker room, or shower room that is designated for use by faculty.

Casperson said he feels the Department of Education “overstepped their bounds” by excluding parents from the discussion.

“We had a school system in Howell where they imposed the Department of Education’s standards and never told the parents, never notified the parents,” Casperson said.

In Howell, Michigan, parents Matt and Lindsay Stewart pulled their three sons out of elementary school for a week after their 9-year-old son informed them he was sharing a bathroom at school with a biological girl.

Casperson said that in a conference call, a Howell Public Schools parent said the school district sent multiple notifications out throughout the year, informing parents of issues such as the flu going around.

“In this case, this policy, they won’t say a word to the parents. That outraged this particular parent,” Casperson said. “The school district in Howell now has reversed their position on the whole transgender issue.”

Casperson’s bill has been referred to the Senate Committee on Government Operations.