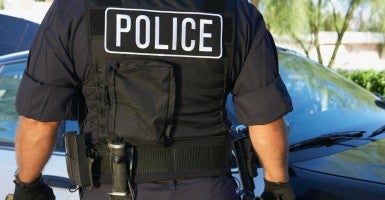 The New Hampshire Legislature adopted a significant bill to protect private property on Thursday, which will reform the practice of civil asset forfeiture in the state.

The sudden move comes after a lengthy debate that nearly saw SB 522 stripped of one of its most important provisions: the elimination of the financial incentive to seize property. But lawmakers reached a deal that preserved that critical measure, and now the bill is on its way to the desk of Gov. Maggie Hassan, a Democrat, who has indicated she is likely to sign it.

Civil asset forfeiture laws allow for the seizure of property and currency suspected of involvement in a criminal act. These laws were initially ramped up in the 1980s for the narrow purpose of targeting the property and ill-gotten gains of drug kingpins and criminal organizations. But in the decades since, the reach and use of forfeiture have exploded, driven in large part by deficient due process protections for property owners and a powerful financial incentive that returns forfeiture proceeds to the original seizing agency. The result: law enforcement authorities can, and do, self-finance through the forcible seizure of property.

Reforms cannot come soon enough to the Granite State, where prosecutors need only prove by a preponderance of the evidence that property is tied to crime to permanently strip citizens of their cash and property. What’s more, current law requires innocent property owners to prove they did not use their property to commit a crime, or consent to its use. Once property or cash is forfeited, 45 percent of its value is returned to the seizing agency.

SB 522 would make some dramatic changes to forfeiture law in New Hampshire, including:

Unfortunately, while the state law incentive to seize property has been eliminated, an alternative route to lucrative forfeiture proceeds remains intact.

Thanks to federal “equitable sharing” programs administered by the Justice and Treasury departments, property seized by state and local law enforcement agencies can be transferred to federal officials for forfeiture under federal law. The original seizing agency may then expect to receive up to 80 percent of the proceeds, which must be spent by that agency for “law enforcement purposes.” State and local legislators have no say in how these funds are spent.

By all appearances, New Hampshire law enforcement agencies have taken full advantage of this “loophole,” receiving more than $17 million in equitable sharing revenues since 2000. Since 1999, state agencies have only generated $1.15 million via state law forfeitures. Why the tremendous disparity? The equitable sharing program promises a greater payout than state law—an 80 percent return versus the 45 percent return under current law—and state agencies in New Hampshire are likely simply following the money.

Other states, such as New Mexico, Nebraska, and Maryland, have restricted the ability of their law enforcement agencies to transfer property for federal forfeiture or receive the resulting payments. New Hampshire would be wise to follow that lead; until it does, the impact of SB 522 is likely to be seriously blunted by law enforcement agencies that have every incentive to circumvent the new law, and little compunction about doing so.

Reforms like those in SB 522 will make it far more difficult to seize property from innocent people. New Hampshire has taken a solid first step toward restoring forfeiture to its original and laudable goal: targeting the ill-gotten gains of criminals.