Our Constitutional Right to Privacy Is Missing From Bathroom Debate 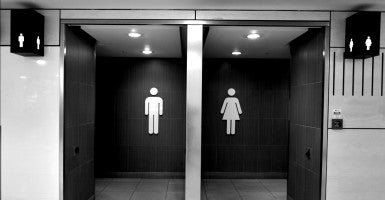 By protecting privacy for everyone, we protect privacy for the most vulnerable among us. (Photo: Rafael Ben-Ari/Chameleons Eye/Newscom) 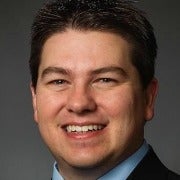 It should be common sense that every person is entitled to privacy when using the restroom, changing, or showering, but unfortunately, some have eliminated common sense from the discussion.

What else can explain the decision by dozens of school districts across the country, retailing giant Target, and even the U.S. Departments of Education and Justice to voluntarily adopt and promote policies that strip away privacy for everyone, allowing men into women’s restrooms and locker rooms, and vice versa?

Why does privacy even matter? Sure, our courts have recognized that it’s a constitutionally protected right. And our society has long structured itself around the need to allow privacy for the sexes in intimate settings. But why?

When discussing freedom of speech, one of our most precious rights, the Supreme Court has often emphasized that the right is most important for those whose speech is most vulnerable to censorship.

The same is true of the right to privacy. So who are the vulnerable ones in our society most in need of privacy?

Stephanie has several children that came to her through a foster program. Her children are beautiful, vibrant, and overflowing with joy.

If you met them on the street, you would never suspect that two of her daughters had suffered severe molestation and rape by men that they trusted. For these girls, feeling safe and secure in private settings—such as bedrooms, bathrooms, and locker rooms—is necessary to heal. And to feel safe, these girls need to know that their private spaces will not be invaded by a male.

You would think that the school these girls attend would be especially protective of them. You would be wrong.

The school voluntarily adopted a policy that would allow boys into the girls’ restrooms, locker rooms, and even hotel rooms on school trips. The school callously ignored Stephanie’s explanation that the presence of a boy in these private settings would be a trigger event for her daughters, causing severe psychological harm and setting back the progress they had made.

Stephanie was told, “It isn’t a big deal.”

Another mother, Verity, has a daughter with Down syndrome. As parents of these precious souls will tell you, their children are the best thing that has ever happened to them. But parenthood comes with challenges.

Verity wants her daughter to have independence and to be able to take care of herself. Her daughter, unfortunately, doesn’t always know how to handle every situation she encounters.

Verity naturally worries that, if her daughter is forced to share a restroom or locker room with a male, her daughter could be easily taken advantage of.

Separate facilities for boys and girls add an extra layer of protection for Verity’s daughter by preventing those with ill motives from taking advantage of open access to enter into women’s restrooms unquestioned.

There are millions of stories like Stephanie’s and Verity’s, millions of people for whom privacy is especially important in order to heal and to feel safe. By protecting privacy for everyone, we protect privacy for the most vulnerable among us.

So before we sacrifice this constitutionally protected right at the altar of gender identity politics, let us consider the consequences, especially when options exist to accommodate everyone without violating anyone’s privacy.

Let us consider the victims of sexual abuse, those with mental and physical challenges, and the young girls who simply do not want to be forced to change next to a boy.

For them, privacy is not a luxury. It is a necessity.