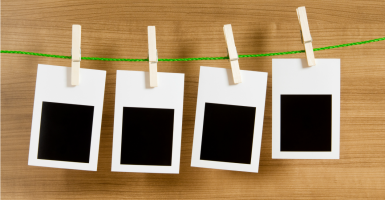 “Artists don’t surrender their freedom of speech and freedom from coercion when they choose to make a living with their art,” Jonathan Scruggs, legal counsel for Alliance Defending Freedom, says. (Photo: Ingram Publishing/Newscom)

A lawsuit filed in Arizona claims a city ordinance forces local artists to use their talents to promote same-sex weddings and does not allow them to express freely their belief that marriage is between one man and one woman.

Koski and Duka, who want to honor God through their art and business, specialize in hand painting, hand lettering, and calligraphy for events, like weddings.

Phoenix law “strips artists of their freedom to choose what to create and what to say in the marriage context,” the complaint against the city says. If Koski and Duke were to turn down creating art to celebrate a same-sex marriage, the city could fine them up to $2,500 for each day they violate the law and make them spend six months in jail, since their studio creates art for opposite-sex wedding ceremonies, according to the complaint.

“Artists shouldn’t be threatened with jail for disagreeing with the government,” Jeremy Tedesco, senior counsel for Alliance Defending Freedom, said in a statement. He added:

The government must allow artists the freedom to make personal decisions about what art they will create and what art they won’t create. Just because an artist creates expression that communicates one viewpoint doesn’t mean she is required to express all viewpoints. It’s unjust, unnecessary, and unlawful to force an artist to create against her will and intimidate her into silence.

Alliance Defending Freedom also filed May 12, in the Maricopa County Superior Court, a motion of preliminary injunction on behalf of the artists. The accompanying motion says Phoenix city code forbids public accommodations from discriminating against a person based on sexual orientation and gender identity, among other factors. The preliminary injunction brief says:

These rules should not affect Brush & Nib since Brush & Nib decides what art it will create based on the art’s message, not the requester’s personal characteristics.

But Phoenix’s interpretation of [the city code] puts Brush & Nib in the crosshairs. Phoenix construes [the city code’s] ban on sexual orientation discrimination to require public accommodations to provide any service to same-sex couples that they would also provide to opposite-sex couples, regardless whether those services are expressive in nature or not.

A spokesperson for the city of Phoenix told The Daily Signal that the city had not yet been served as of Monday morning, so she cannot comment until they are.

“Artists don’t surrender their freedom of speech and freedom from coercion when they choose to make a living with their art,” Jonathan Scruggs, legal counsel for Alliance Defending Freedom, said in a statement. “Government can’t censor artists or demand that they create art that violates their deepest convictions.”