How November’s Elections Could Impact the House’s Obamacare Lawsuit 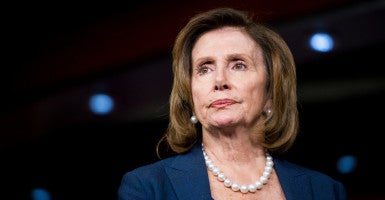 If Democrats take back the House in November, they could move to dismiss a lawsuit challenging Obamacare's cost-sharing subsidies. (Photo: Bill Clark/CQ Roll Call/Newscom)

A federal judge delivered a blow to the Obama administration and the president’s signature health care law Thursday in a lawsuit mounted by the House of Representatives. But the lawsuit’s future could be impacted further by November’s elections.

U.S. District Judge Rosemary Collyer sided with the House in a case challenging how the Obama administration has been funding payments to insurers through Obamacare’s cost-sharing subsidies. Collyer, appointed by President George W. Bush, is allowing the program to continue, pending an appeal from the Department of Justice.

House Republicans mounted the lawsuit two years ago and charged that President Barack Obama was going outside the powers granted to him under the Constitution by spending money Congress hadn’t appropriated.

But November’s elections could impact how and if the case proceeds.

Hans von Spakovsky, a senior legal fellow at The Heritage Foundation, said that the lawsuit would effectively end should Democrats win the House in November, regardless of whether the U.S. Court of Appeals for the District of Columbia has ruled following the Justice Department’s appeal.

“This lawsuit was filed by the House of Representatives because the House voted to authorize the speaker to file the lawsuit. So if Democrats were to win in November and take over the House in January, they very well and, in fact, I think probably would decide to do whatever they could to get the case dismissed and then withdraw the claim,” he told The Daily Signal. He continued:

If for example by then, let’s assume for a second the case has been appealed and the Court of Appeals for the District of Columbia has heard the case and issued a decision reversing the district court, so in favor of the Obama administration, I have no doubt that if Democrats were in control of the House, they would certainly not appeal the case to the Supreme Court because they want that decision in favor of the administration to stand.

Timothy Jost, a law professor at the Washington and Lee University School of Law, said he, too, predicts the case will be resolved if there is a shift in power come November.

“I would expect that if Democrats win back the House and win the Senate and win the presidency that they would adopt a permanent appropriation for the cost-sharing reduction payments and put the whole thing to rest,” he said.

Jost doesn’t expect the House’s lawsuit to move further than the U.S. Court of Appeals for the District of Columbia, which is where it will head when the Obama administration files its appeal.

“I expect that it’s going to be reversed on the standing ground,” he said, referring to the question of whether the House could bring the suit in the first place. “[Collyer] saying they had standing is unprecedented and unsupported from prior decisions.”

Von Spakovsky, too, doesn’t expect the case to move beyond the U.S. Court of Appeals for the District of Columbia, though for a different reason.

He further noted that the issue of standing for this case differs significantly from previous cases involving lawmakers.

The ruling in the case over payments to insurers for the cost-sharing subsidies is the latest in a long line of lawsuits challenging the Affordable Care Act.

In her ruling Thursday, Collyer said that the Obama administration didn’t have the authority to spend money for Obamacare’s cost-sharing subsidies that weren’t appropriated by Congress.

“Congress is the only source for such an appropriation, and no public money can be spent without one,” she wrote.

The Affordable Care Act instructed the federal government to reimburse insurers billions of dollars for cost-sharing subsidies awarded to low-income consumers who purchased coverage on Obamacare’s exchanges. The subsidies were intended to lower customers’ out-of-pocket costs, including deductibles and copays.

Congress authorized the cost-sharing subsidies, but at issue is whether it actually appropriated the billions of dollars paid to insurers through the program.

According to the Congressional Budget Office, payments to insurers for cost-sharing subsidies total $130 billion over 10 years.

The Obama administration argued that the money for the subsidies was already appropriated under a different section of the Affordable Care Act.

House Republicans, though, disagreed. GOP lawmakers contended they never appropriated the money and said the Obama administration was rewriting the law.

Democrats and the White House doubted the House’s lawsuit would progress and claimed in a motion to dismiss that the House lacked standing to bring the suit in the first place.

Collyer ruled in September, though, that they did have standing and allowed the case to proceed.