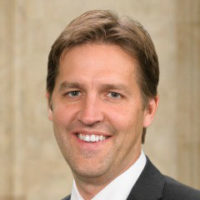 In it Rhodes openly brags about how the administration manipulated the media in the run-up to Obama’s nuclear deal with Iran. I want to explain very briefly why I believe this piece is so important.

We live in a time of precipitous change—both in American government and in communications. We don’t admit it enough in the Senate, but the Congress in the last decade-plus is extraordinarily weak by historical standards. At the same time, media is rapidly fragmenting.

Vacuums are being filled by the executive branch in ways that are badly damaging both the separation of powers and the idea of a meaningfully engaged citizenry. There can be little doubt that our founders would be troubled by what is occurring.

For no one is entitled to his or her own facts—yet this New York Times story makes clear that the executive branch feels empowered to proclaim its own narratives.

This is bigger than Republicans and Democrats. This is about the legislature’s check on the executive.

To my Democratic colleagues who supported this deal, I would ask: Does it at all trouble you that the White House displayed this contempt for you? And for your voters, and for my voters? Will you stand for this kind of fundamentally dishonest spin from a future Republican administration? Because I won’t—from any administration of either party.

Some will say this is just the story of one staffer who wanted to brag, who boasted about how the world could be his canvas. But we should be clear that it is elected officials that ultimately bear the responsibility for the ongoing evaporation of public trust in our time.

There is a widespread view around here that Congress’ chief job is “to pass legislation.” That is incorrect. Our main job—indeed the oath that we took—is to preserve, protect, and defend the Constitution—which is about limited government and about the separation of powers. Our job is to ensure that the nation is well-governed, and that the public can have confidence that it is well-governed.

This necessarily means that oversight is at least as important as passing or repealing legislation.

This story of the White House’s media manipulation is horrific and should be should be a screaming siren to us.

Newsrooms are still struggling with how to do independent and vigorous reporting in the digital age. But it will remain true that freedom—that ordered liberty—will remain dependent on an informed citizenry, and that requires a serious and free press.

Truth is bigger than talking points and self-government deserves more than spin. Does the president think there is such a thing as domestic propaganda?

Does he think it is OK? Do we?