Why Regulations Are Fueling Corporate Activism in America 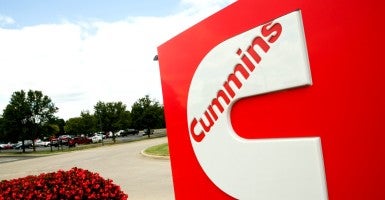 It is no surprise that “lawfare” attacks by the left on traditional American values have ramped up since President Barack Obama took office. What has been surprising, though, is how swiftly many major U.S. corporations have acted to support its radical agenda.

Why has this happened? Is it simply a case of corporate cronyism? Or have these companies been drafted into the social justice army against their better judgement?

In the last few years, private companies have embraced the progressive principles of “corporate social responsibility” and joined “public-private partnerships” with various government entities and non-governmental organizations, who liaise daily with their corporate partners and enforce “voluntary” corporate social responsibility principles, at all levels of government—federal, state, and local.

But corporate social responsibility is not the only explanation. The main driver of this phenomenon has been the Obama administration’s steadily expanding and increasingly granular regulation of the economy— as documented in The Heritage Foundation’s “Red Tape Rising” project.

Indeed, the National Council for Public-Private Partnerships—an NGO cheerleader for the partnerships—states explicitly that regulatory statutes are its cornerstone.

As Maggie Gallagher noted last month in National Review, although in the past corporations were eager to avoid public controversy, the “massive expansion of vague regulations under the Obama administration means that virtually every major corporation in America has some interest in keeping Washington off of their backs” and so they have waded “directly into the culture wars” as “a cheap strategy to curry favor.”

But, really, why would firms engaged in the production of good or services—activities that benefit everyone and should be non-political—choose to stake out extremely partisan positions and risk alienating many of their customers? Maybe they feel they have no choice.

Maybe they concluded there is just too much risk from free-wheeling progressive bureaucrats wielding regulatory mandates that could damage their image, cost them big money—even put them out of business, if they do not toe the radical line.

For example, Gallagher specifically mentions Cummins, a large engine manufacturer. Not the sort of company one would expect to be fighting against a religious freedom restoration law in Indiana.

But the Human Rights Campaign, which lobbied hard against the Religious Freedom Restoration Act, awarded Cummins a perfect score in its 2015 Corporate Equality Index. And, as David French has noted on National Review, the Cummins position is in keeping with the progressive mindset of most American corporate elites.

A deeper look at Cummins, though, provides a good case study of the ugly, transactional realities faced by American companies that can stoke perceptions of cronyism. It turns out that opposing Indiana’s Religious Freedom Restoration Act wasn’t the only way Cummins supported the radical Obama agenda.

A recent study by The Heritage Foundation found the Obama administration’s stricter fuel economy standards would add thousands of dollars to vehicle purchase prices but would have only “minimal impact on global warming.” Yet, in June 2015, Cummins supported the Environmental Protection Agency’s and National Highway Traffic Safety Administration’s greenhouse gas emission regulations and earned a product endorsement directly from Obama.

What was at stake for Cummins? Perhaps worry about continued access to U.S. military procurement? Pentagon purchase orders have long been a mainstay in the Cummins business model. Since the company publicly opposed the Indiana Religious Freedom Restoration Act in 2014, it has received upwards of $200 million in U.S. defense contracts.

In addition to the $24 million—“one bid was solicited and one was received”—defense contract mentioned in the Gallagher piece, Cummins won Army contracts, Defense Logistics Agency contracts, and just last month received a $4.5 million grant from the U.S. Department of Energy to develop a hybrid electric vehicle.

Without a doubt, though, the best news Cummins received from the federal government in the last year was regulatory: “Tier 4” certification for its QSK95 locomotive from the EPA and EPA certification of “its complete lineup of on-highway diesel and natural gas engines” for fuel-efficiency standards taking effect next year.

Other big corporations that have taken similar positions against Religious Freedom Restoration Acts also deal daily with a wide spectrum of challenges from vast regulatory bureaucracies, each of which could have a significant impact on their bottom lines. Just a few examples:

American corporations have been the backbone of economic freedom. Their goods and services, efficiently produced and affordably priced, have made the American dream possible. But now they are being pressured by the leftist-controlled regulatory administrative state to promote and enforce delivery of political goods that are far beyond their business models.

If a new administration less disposed toward cronyism were to take power in Washington next year, we could see whether these corporations have merely been conscripted into the social justice war, or have been the left’s eager and willing partners and cronies all along.