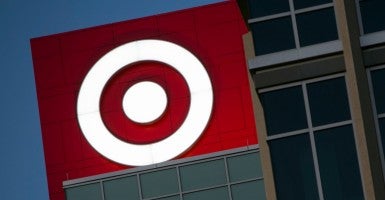 Target’s stock has dropped and more than 1 million consumers have pledged to boycott the retail giant after it announced an “inclusive” policy allowing individuals to use the restroom or fitting room of their choice, based on their gender identity.

“In our stores, we demonstrate our commitment to an inclusive experience in many ways,” Target announced April 19. “Most relevant for the conversations currently underway, we welcome transgender team members and guests to use the restroom or fitting room facility that corresponds with their gender identity.” “Target’s policy is exactly how sexual predators get access to their victims,” the American Family Association, a nonprofit that supports Christians values, wrote April 20. “And with Target publicly boasting that men can enter women’s bathrooms, where do you think predators are going to go?”

Clearly, Target’s dangerous new policy poses a danger to wives and daughters. Over 1 million people agree with us and pledged to boycott Target stores until protecting women and children is a priority.

More than 1.15 million consumers have signed the American Family Association’s pledge to boycott Target, the “best response” the organization says it has had to a campaign in a short amount of time.

We are announcing boycott of @Target due to their dangerous bathroom policy. https://t.co/GQI0Oe8VAO #BoycottTarget pic.twitter.com/RB11tfeXDW

The American Family Association suggests that Target keep restrooms for males and females separate, but also have a single occupancy, unisex restroom available.

“I don’t think it’s a statement that people aren’t in favor of equal rights for transgender people,” YouGov CEO Ted Marzilli told USA Today. “It shows people just kind of demonstrating that they’re uncomfortable, or uncertain about how comfortable they are, with mixed public restrooms.”

Target spokeswoman Molly Snyder declined to comment to the Associated Press on whether the protests had affected sales at its stores.