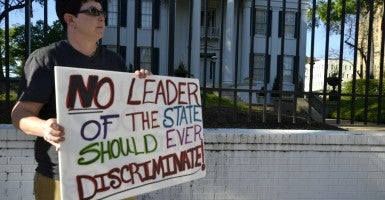 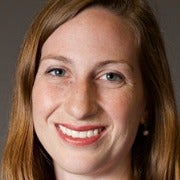 J.A. Clark is a writer for Alliance Defending Freedom.

The United States Commission on Civil Rights has issued a statement slamming what it described as “so-called ‘religious liberty’” laws in North Carolina, Mississippi, Kansas, and Tennessee that supposedly “target members of the lesbian, gay, bisexual, and transgender (‘LGBT’) community for discrimination.”

A nine-page dissent released by two members of the eight-member commission defended both the commonsense nature of the religious freedom legislation attacked by the majority and the motives of those advocating for such laws.

After asking the rest of the commission “to please take a deep breath,” the dissenting members point out that “[u]nfortunately it is not entirely clear that the statement’s signatories have actually read the relevant legislation. We have.”

The dissent then provides point-by-point refutation of the commission’s assertions.

The commission says Tennessee’s H.B. 1840, which was passed by the legislature and is awaiting the governor’s decision, “will permit mental health professionals to deny counseling services to LGBT people based upon ‘sincerely held religious beliefs.”’

The dissent more accurately describes the bill, which allows counselors or therapists whose beliefs “conflict with a potential client’s ‘goals, outcomes or behaviors’ to decline to offer counseling/therapy to that potential client, provided that he or she refers the potential client to someone who will.”

Far from denying service, the bill actually “decreases the likelihood” that someone seeking counseling or therapy will be “saddled with a counselor or therapist” whose beliefs don’t align with the potential client’s counseling goals.

The commission claims a policy under consideration in Kansas would “make it more difficult for transgender people to change the sex listed on their birth certificates.” But the dissenting members bring us back to reality:

[T]hese are birth certificates, not life-style certificates … When every cell in an individual’s body contains chromosomes identifying that individual’s sex, Kansas is not required to pretend otherwise in its official records.

Further, the dissent points out that in Kansas the sex listed on a birth certificate doesn’t affect day-to-day life choices, such as which restroom a person can use or which school sports programs a person can join. Kansas’ birth certificates are records of biological sex at birth, a reality that cannot be changed retroactively.

“It’s about truth,” the dissent says. “And truth cannot be pro or anti-LGBT. It’s just truth.”

The commission repeats the “denial of service” canards regarding religious freedom and freedom of conscience protections in a new Mississippi law.

Once again, the dissent makes quick work of the majority’s distortion of the law: “The purpose is to avoid coercing unwilling individuals into participating in something they don’t believe in.” The law protects churches, charities, business owners, and organizations’ right to not be forced to participate in same-sex weddings.

The dissent notes that “it is not clear that [this statute] changed Mississippi law one iota,” as there was no explicit statement in Mississippi law requiring all business owners in the wedding industry to help celebrate all weddings anyway.

“Toleration,” the dissent says, “is all about leaving people alone to live their lives as they see fit; it is not about forcing people to take part in other people’s lives. Whatever it is that our commission colleagues are standing up for, it is not toleration.”

North Carolina’s H.B. 2 protects businesses from a Charlotte municipal ordinance that mandated all public accommodations in the city give members of the opposite sex access to restrooms and locker rooms. H.B. 2 also clarifies that it is the state—not local governments—that is responsible for enacting regulations and protections in the employment and public accommodations areas to avoid a patchwork of confusing local laws that would be harmful to commerce, labor, and trade in the state.

The dissent explains that, contra the commission’s belief, this law is about “re-asserting the state government’s authority.” The state’s “constitution does not permit the state or local governments to enact ordinances governing labor and employment in a local area,” so when Charlotte passed an ordinance that “eliminated the ability of … businesses to maintain separate restrooms for men and women at all,” the state stepped in to clarify that “businesses can still choose” how to designate restrooms and changing rooms.

The dissent ends by reiterating its concern that many of the groups and individuals most outraged about these laws seem not to have read them carefully—or at all.

We note that Cirque de Soleil has canceled its North Carolina performances on account of H.B. 2, but has and will continue to perform in parts of the world where homosexuality is illegal and punished harshly. The only possible explanation for this is that its employees misunderstand H.B. 2.

Or perhaps they just haven’t read it, which, as the dissenting commissioners point out, seems to be a common problem with these laws.