Exposing Waste and Mismanagement at the Department of Homeland Security 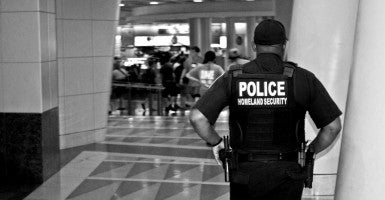 With the second largest civilian vehicle fleet in the federal government, DHS must have stricter controls in place in order to rein in rogue components. (Photo: iStock Photos) 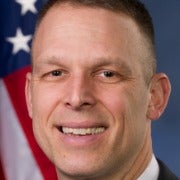 The Department of Homeland Security no longer can blame its continued program failures, employee misconduct and lingering management challenges on “growing pains.”

Since its inception, DHS has faced significant obstacles, including consolidating 22 pre-existing agencies and reporting to approximately 100 congressional oversight committees, all while trying to strike a balance between national security and protecting privacy. However, with this country more than $19 trillion in debt, our taxpayers can’t afford to support failing management.

Through hearings, site visits, legislation, and watchdog reports, the Subcommittee on Oversight and Management Efficiency, which I chair, has identified areas of cost-savings, provided transparency to the American people, and highlighted numerous deficiencies within the department that are ripe for improvement.

Some examples of our oversight efforts include the following:

Watchdogs from the Government Accountability Office testified before the subcommittee that programs continue to cost more, take longer to field, and fail to meet mission requirements. As a result of these findings, the House passed committee legislation that increases accountability over major acquisition programs, provides greater transparency to Congress, and requires DHS to better communicate with industry. These efforts will help save taxpayer dollars and more efficiently provide frontline personnel the tools they need.

Investigating the mismanaged vehicle fleet at the Federal Protective Service (FPS):  On Oct. 21, 2015, the DHS Office of Inspector General (OIG) reported that the FPS has more vehicles than people. The IG identified countless other management failures, including FPS overpaying for its vehicles and not justifying authorizations for officers in the Washington area to commute to and from home using their law enforcement vehicles.

OIG concluded that in fiscal year 2014 alone, FPS could have saved $2.5 million with better management and oversight. Although a small portion of DHS’s overall budget, such mismanagement is unacceptable, which is why I introduced bipartisan legislation, H.R. 4785—the DHS Stop Asset and Vehicle Excess Act, which was passed by the House Homeland Security Committee in March.

With the second largest civilian vehicle fleet in the federal government, DHS must have stricter controls in place in order to rein in rogue components.

The 2014 Quadrennial Homeland Security Review (QHSR)—the key strategic document for DHS—even listed trends associated with climate change as a major area of homeland security risk.  No matter your views on climate change, there are other federal agencies better positioned to address this issue, such as the National Oceanic and Atmospheric Administration (NOAA).

Our subcommittee has questioned whether DHS’ continued, intense focus on climate change is the best use of limited taxpayer resources. I think most 4th district residents would agree with me that the daily threats from Islamist foreign fighters, home-grown extremists, cyber hackers, and other challenges are where DHS should be concentrating its time and efforts.

Examining misconduct at the United States Secret Service: From the solicitation of prostitutes in Cartagena, to an intruder in the White House, and to the latest scandal about agents illegally accessing a member of Congress’ personal information, the Secret Service has been riddled with allegations and accounts of misconduct. Our subcommittee examined why these embarrassing problems continue and how they might be resolved. The Secret Service needs to live up to its reputation as one of the most elite law enforcement agencies in the world.

During the second session of the 114th Congress, I’ll continue to maintain vigilant oversight to ensure the DHS is operating as efficiently and effectively as possible.

The Oversight and Management Efficiency Subcommittee will continue to monitor the department and offer constructive solutions to ensure all programs have the proper support for keeping the homeland safe while being much better stewards of taxpayer dollars.