ESPN Has a Right to Fire Curt Schilling. What Rights Do People of Faith Have? 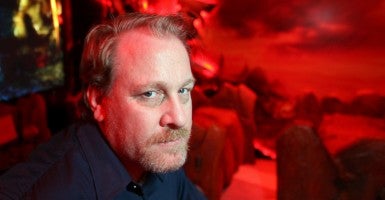 ESPN has fired Curt Schilling. The company said that his speech went against company values because ESPN is “an inclusive company.”

Curt Schilling has a right to say biological men don’t belong in women’s bathrooms in whatever controversial way he wants. And ESPN has a right to give Caitlyn Jenner the “Arthur Ashe Courage Award” for being a men’s sports icon who now publicly identifies as a woman. And whether we agree or disagree with Schilling’s message or ESPN’s isn’t the point.

The bigger issue is that ESPN, like any other company, has a right to control its message, which means it should be generally free to make employment decisions based on its values, not Curt Schilling’s, and certainly not the government’s.

The same is true for religious institutions, only more so. While ESPN is committed to being “inclusive,” it’s a large corporation whose main focus is reporting sports in ways that make money. Religious institutions and some family businesses, on the other hand, have more robust substantive commitments driven by faith, not profits alone.

Jewish, Christian, and Muslim schools, for example, provide comprehensive learning environments that support distinctive beliefs and distinctive worldviews. That’s why parents sacrifice to save their money to send their kids there—to avoid the secular liberal indoctrination of many government-run public schools, and to have their children formed intellectually and spiritually in keeping with their values.

So it seems all the more important that religious schools have at least the same freedom as ESPN to make employment decisions based on their sincere beliefs.

ESPN didn’t want to be associated with Curt Schilling’s message. The same is true for the bakers, florists, and photographers, only more so. They have beliefs about marriage—that it’s the union of husband and wife—and they don’t want to be forced by the government to convey a contrary message.

Whether we agree or disagree with the bakers, florists, and photographers isn’t at issue here. At issue is their beliefs and the messages they send. Taking photographs of a gay wedding ceremony and then creating a visually appealing slide-show and photo album, or arranging altar flowers for same-sex nuptials, or decorating a cake with rainbow frosting and two grooms on top all convey messages these professionals say they can’t send.

And yet, while liberals are cheering ESPN and celebrating its freedoms, they are working to pass laws that would eliminate similar freedoms for religious institutions and wedding professionals. While they celebrate ESPN’s rights, they want to deny similar rights to others.

As I explain in “Truth Overruled: The Future of Marriage and Religious Freedom,” America is in a time of transition. The Supreme Court has redefined marriage, and beliefs about human sexuality are changing. During this time, it is critical to protect the right to disagree and the civil liberties of those who speak and act in accord with what Americans had always believed about marriage—that it is the union of husband and wife.