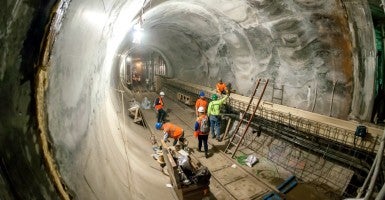 The wounds from the Great Recession remain significant. (Photo: Richard B. Levine/Newscom)

The March employment report showed continued growth in the labor market. While the Bureau of Labor Statistics found unemployment ticking up 0.1 percentage points, the good news was greater labor force participation and 215,000 new jobs created during the month.

Employment contracted in the goods producing sector. Manufacturing (-29,000) and mining (-12,000) both lost jobs. The mining losses were driven primarily by continued low energy prices, which have reduced investment in domestic energy extraction.

Still, the economy has much farther to go before it has fully recovered from the recession. The labor force participation rate for prime-age workers remains 1.7 percentage points below pre-recession levels. And the average unemployed worker spends over six months (28.4 weeks) unemployed. The wounds from the Great Recession remain significant.