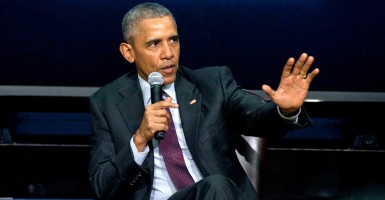 While sound health care policy would have focused on finding ways to make health insurance less expensive, the Affordable Care Act instead made it more expensive. (Photo: Robert Turtil/ZUMA Press/Newscom) 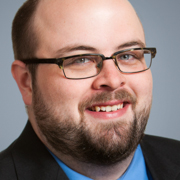 The price tag for the Affordable Care Act includes not only the additional tax dollars spent on expanding Medicaid and providing new subsidies for exchange coverage, but also the costs imposed, in the form of higher health insurance premiums, by the law’s new regulations.

While sound health care policy would have focused on finding ways to make health insurance less expensive, the Affordable Care Act instead made it more expensive.

In total, we found that in the median cost state, the three most costly regulations collectively increased premiums for younger adults by 44 percent, and for pre-retirement-age adults by 7 percent, relative to the previously available least expensive plans.

When we examined independent analyses of the effects of the law’s new insurance regulations, we found that the three most costly ones—age rating restrictions, benefit mandates, and minimum actuarial value requirements—increased the cost of the previously available least expensive plans in a state by 41 percent to 51 percent for younger adults (the group most likely to be uninsured), and by 1 percent to 18 percent for pre-retirement-age adults.

The Affordable Care Act limits age variation of premiums for adults to a ratio of three to one. That means an insurer is not permitted to charge a 64-year-old a rate that is more than three times the rate it charges a 21-year-old for the same plan.

Our review found that the three-to-one limitation increased premiums for younger adults by about one-third.

Our review found that the law’s new benefit mandates increased premiums by an average of 9 percent.

Actuarial value is the share of the covered health expenses for a standard population that the plan will pay for, with the remaining share paid by enrollees through some combination of deductibles, copays, and coinsurance.

The Affordable Care Act’s minimum actuarial value requirement effectively establishes a floor, set at 60 percent, for what plans must pay toward the cost of covered services.

Thus, the higher the actuarial value, the less patient cost-sharing the plan will have on average, but the higher the plan’s claims costs and premiums will be.

Our review found that this increased the cost of the least expensive plans by an average of 8 percent. The independent analyses also found that the affected plans typically had actuarial values in the range of 50 percent to 60 percent.

That is noteworthy, as in response to complaints about the law’s higher premiums, even some supporters have suggested amending it to create a new class of plans with a 50-percent actuarial value.