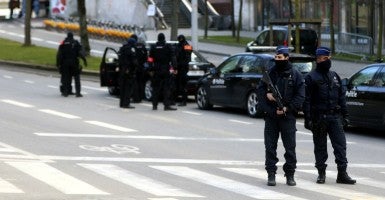 Bradley Gullett is a member of the Young Leaders Program at The Heritage Foundation.

As former acting director of the Defense Intelligence Agency David Shedd wrote in the 2016 Heritage Index of U.S. Military Strength, “every successful military plan and operation relies on intelligence.”

But even beyond military operations, our nation’s leaders need lawfully gathered intelligence to keep us safe.

[T]he diversity and rapidly changing nature of the threats we face as a nation underscore the need for sound intelligence in the hands of those who are charged with making decisions about our security.

The United States cannot focus its attention solely on state actors. We face numerous challenges from established world powers, emerging states, and elusive terrorist organizations. As hotbeds of violence and aggression sprout up in many parts of the globe, we cannot neglect the importance of accurate and timely information in combating these threats.

In the wake of Sept. 11, 2001, experts, elected officials, and the public came to the conclusion that the intelligence community was in need of repair. The issue of stove piping—an anomaly where information is not exchanged between agencies—was highlighted as one of the major intelligence failures in the 9/11 Commission Report.

In response, Congress passed the USA PATRIOT Act, as well as later laws designed to upgrade and enhance our ability to gather intelligence and pursue national security and counterterrorism investigations and to keep us safe.

In recent years, due to unauthorized leaks of highly sensitive classified information, the American people—and our allies and adversaries—learned about some of the nation’s most classified intelligence gathering capabilities. Those unlawful disclosures set off a national debate, and an international firestorm, about the proper limits to intelligence collection and the right to privacy.

But lost in the debate is the proper role of intelligence collection in the defense of the nation.

The U.S. Constitution assigns to the legislative branch the duty to provide for the common defense and to the executive branch, via Article II, the power as commander-in-chief of the armed forces. Given the threats we face, and the recent terror attacks in Europe, intelligence gathering has never been more important.

Our lunchtime keynote address will be given by The Honorable Mike Rogers, former chairman, House Permanent Select Committee on Intelligence.