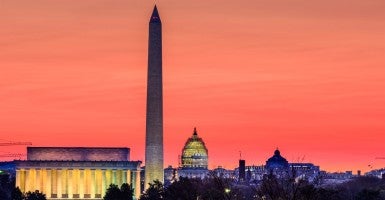 Unless the political establishment is willing to learn from the anger felt by millions of Americans who feel left behind, this will not end in November. (Photo: istockphoto) 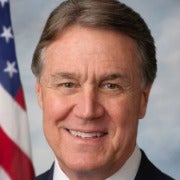 The Washington political establishment has hit the panic button.

This town is filled with well intentioned people who believe they are doing the right thing, but far too many have lost their way after years in Washington. Politicians pay more attention to special interests groups and powerful lobbyists writing checks to their next campaigns than listening to the people back home who sent them here in the first place.

This dangerous power vacuum has fueled frustration and created an entirely new breed of disenfranchised voters who are fed up with the status quo. These are real people, their anger is palpable, and it’s not going away anytime soon.

A recent survey of likely Republican primary voters showed that 86 percent believe that “people like me don’t have any say about what the government does.” Another recent exit poll in my home state of Georgia showed that six in ten Republicans felt “betrayed” by their political party.

This sentiment is something I heard countless times during my campaign for the United States Senate just over a short year ago. It is what pulled me to get involved personally to try and make a difference. But this is not just happening in Georgia. People across America are angry, frustrated, and scared because they feel as though Washington is not listening to them.

A growing number of Americans are more motivated by this feeling of frustration than any individual political ideology.

A growing number of Americans are more motivated by this feeling of frustration than any individual political ideology. The rise of career politicians has completely shifted the political paradigm from just liberal versus conservative. There is now a disconnect between the Washington political class and everybody else—the insiders versus the outsiders.

When most Americans look at the federal government, all they see is years of failed policies that have made life harder for them and their families, and a political class that is well connected and uninterested in giving them a say in how to right the ship.

People are still hurting, and they are weary of Washington’s penchant for business as usual. Georgians sent me—someone who had never run for elected office—to the United States Senate to try and do something about it and change the system. In state after state this year, voters have voiced support for presidential candidates who are not part of the political class.

This is a growing movement, and it is bigger than any one candidate or election victory. Unless the political establishment is willing to learn from the anger felt by millions of Americans who feel left behind, this will not end in November.

True to form, though, political elites prefer tearing down individuals to understanding what created this movement. This movement of Americans wants nothing to do with Washington, and neither endorsements nor criticisms are going to change that.

No matter who our Republican presidential nominee is at the end of this process, one thing is clear: We cannot allow Democrats to double down on the failed policies of the last seven years.

A better course of action would be a candid examination of what can be done to regain the trust of the American people. Let’s start with simply listening to them.