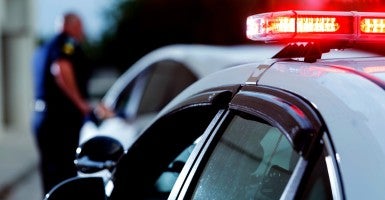 Often, police and prosecutors relentlessly pursue forfeiture cases, even in highly questionable situations where the evidence is weak or nonexistent. (Photo: istockphoto)

The Florida state Senate recently voted unanimously in support of a major civil forfeiture reform package. On Tuesday the Florida House of Representatives followed suit, voting 116-0 in favor of the bill. Forfeiture reform has won the full-throated support of state legislators. Now the bill heads to the desk of Gov. Rick Scott, a Republican, who has 15 days to sign or veto the bill.

Civil forfeiture is a law enforcement tool that empowers federal, state, and local agencies to seize property they suspect has been involved in, or represents the fruits of, illegal activity.

Because forfeiture targets property, not people, no charges need be filed nor any convictions obtained in order to strip an individual of his home, car, or life’s savings. In most states and at the federal level, the agency that did the seizing then gets to keep the property and proceeds and spend the money with little or no oversight.

This financial incentive, combined with the relative ease with which law enforcement agencies can seize property, is a recipe for abuse, as the countless stories of innocent people subjected to abusive forfeitures attest.

Often, police and prosecutors relentlessly pursue forfeiture cases, even in highly questionable situations where the evidence is weak or nonexistent. There is little cost or risk to the authorities in doing so, while they stand to gain significant forfeiture proceeds.

In Florida, state Sen. Jeff Brandes, R-District 22, put forward S.B. 1044, which contains many provisions that will, if the bill is signed, dramatically improve state forfeiture law.

In most circumstances, law enforcement officers seeking to seize property will now be required to arrest the property’s owner. There are certain exceptions, though, for situations where an owner cannot be identified, is a fugitive or is deceased, or agrees to become a confidential informant.

If someone other than the owner is arrested, it must still be demonstrated that the owner had “actual knowledge of the criminal activity.”

Once the property is seized, agencies would be required to go before a judge within 10 days to demonstrate that probable cause existed to seize the property and that the seizure was in full compliance with state law.

Assuming that the judge makes that determination and a civil forfeiture case proceeds, the state will be required to demonstrate beyond a reasonable doubt—the same standard of proof in criminal cases—that the property “was being used in violation of the Florida Contraband Forfeiture Act.”

Brandes’ bill requires that agencies pay a $1,000 filing fee before taking a forfeiture case to court. They must also post a $1,500 bond, payable to the property owner if he prevails. Taken together, these provisions are clearly designed to raise the stakes for agencies and deter dubious cases or cases targeting small amounts of cash.

Obviously, there is much to like in Florida’s forfeiture reform package. There are, however, some concerns as well. For example, the bill exempts cash seizures from the arrest requirement.

Cash is, by and large, the most targeted item for civil forfeiture; while the other provisions, including the bond requirement and the heightened standard of proof, would still be applied in forfeiture cases involving cash, the carve-out exempts the largest category of seized property from one of the bill’s signal protections.

In the long run, the bond requirement merits strict monitoring. While it is clearly designed to discourage the pursuit of small amounts of money or particularly weak cases, it could just as easily encourage cops and prosecutors to push innocent individuals into settlements where they “voluntarily” forfeit some or all of the seized property to avoid criminal prosecution. In Tenaha, Texas, local authorities employed despicable tactics to obtain forfeitures.

And finally, the bill does not eliminate the financial incentives in forfeiture. While it does give property owners greater procedural protections, agencies still have a significant financial stake in the outcomes of cases.

Nor does it address agency participation in the federal equitable sharing program, which enables state and local authorities to transfer seized property to federal officials for forfeiture in exchange for up to 80 percent of the proceeds.

Florida law enforcement agencies have received more than $500 million in forfeiture proceeds under this program since the year 2000. So long as they are permitted to take part in this program, the procedural protections of state reforms like this could be be severely undermined.

All told, Florida’s reform bill represents a tremendous first step toward reforming that state’s forfeiture laws. While more remains to be done, the unanimity of the state legislature, combined with the support of many of the state’s top law enforcement organizations, has sent a powerful signal: The time to reform forfeiture laws is now.