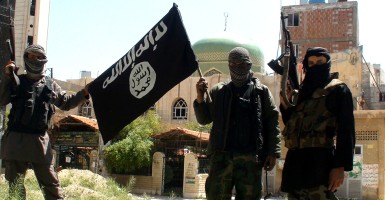 The U.S. government desperately needs new and better tools to fight the information war against the Islamic State (ISIS) and other terrorist networks.

One such new tool, The United States International Communications Reform Act (H.R. 2323), which was passed last May by the House Foreign Affairs Committee, remains in waiting mode and is pending a full House vote and Senate action.

Enough is enough. America desperately needs a modern, dynamic international broadcasting agency to take on ISIS and Russia’s propaganda in real time, over the internet and on the airwaves with the accurate news and information.

The Obama administration appears to have come to the reluctant conclusion that there is a need for action against terrorist propaganda. In recent months, it has taken several steps:

When it comes to reform of the Broadcasting Board of Governors, which is in charge of $750 million’s worth of U.S. government non-military communications assets, Royce has made a good case that the agency should be split in two.

One part, Voice of America, should be an invigorated part of U.S. strategy to fight violent extremism and Russian propaganda advances, among other challenges. The other part, the surrogate broadcasters Radio Free Europe/Radio Liberty, etc., is more closely aligned with democracy promotion and the broadcasting of local news into countries where no free press exists. Both are important policy objectives and must be based on the dissemination of fact-based and credible news reporting (not mere propaganda, as critics on H.R. 2323 have suggested).

The point is this: We need much better and more effective tools to fight the deadly scourge of terrorist propaganda and other pressing challenges in the information space. Congress is at least thinking creatively, whereas the Obama administration is supporting an underperforming status quo.