No, Women Should Not Be Included in the Draft 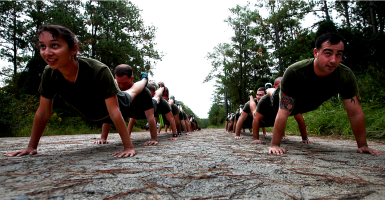 Advocates for it have made the demonstrably false claim that women are physically capable of anything military men are while decades of military and sports medicine studies prove the opposite. (Photo: U.S. Marine Corps photo by Lance Cpl. Caleb McDonald/Released) 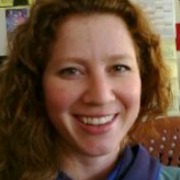 The question of drafting America’s young daughters is finally making the average voter consider the real implications of fully integrating the combat arms. The large majority of the population may have little or no connection to the military and therefore no concept of what’s at stake, until now. They’ve simply supported the idea because they support women generally, and think it’ll be their choice.

The question of drafting America’s young daughters is finally making the average voter consider the real implications of fully integrating the combat arms.

Justifying a policy with such wide-ranging negative impacts based on the performance of a couple of women like the ones who graduated Ranger School is ludicrous. Having equal natural rights under the law does not mean men and women are the same. Combat is not an equal opportunity for women because they don’t have an equal opportunity to survive.

The combat integration policy has been sold to us on smoke. Advocates for it have made the demonstrably false claim that women are physically capable of anything military men are while decades of military and sports medicine studies prove the opposite. They’ve ignored the heavy negative effects that sexual dynamics already have on coed units, especially those that deploy. They’ve told us women becoming men’s physical equals is just a matter of leadership and training when women tested continually demonstrate it’s nature, not nurture, dictating the reality here.

These same proponents have maligned the Marine Corps’ impeccable 9-month Gender Integration Task Force study as “flawed”—except for the parts they like, of course. They love the part about co-ed teams being better at decision-making but omitted that the women were rested at the time, and these were a mere two of the 134 combat tasks. That all-male teams outperformed them on 69 percent of tasks and they retained more than twice men’s injuries must be hushed up and suppressed as they obliterate the argument that women strengthen combat readiness.

With a dictate from Secretary of the Navy Ray Mabus to increase female representation in the ranks to 25 percent, top-performing military women can be plucked from their units to “show success” in a combat unit. If the next president agrees with this scheme, who’s to say he or she won’t use the draft to get the desired “diversity metrics”? The Obama administration has done all sorts of unprecedented things. Women, especially athletic ones, are not going to have the choice to ride a desk to “free a man to fight” like in WWII. They will be under orders just like men, and they will go where the military needs them even if that “need” is to achieve “diversity metrics.”

The prospect of drafting women brings the issue home to average Americans who before had no skin in the game. Realizing now that this isn’t just about “a few women who want to,” they are starting to internalize the meaning of “tip of the spear,” and they don’t want their daughters there, fighting the rape- and beheading-happy ISIS. Technology has not lessened the face-to-face bludgeoning that our infantrymen are doing when the gun jams or ammo runs out as they’re fighting house to house and cave to cave on foot.

But is it too little, too late? The policy is in place, but policies change. Although Israel hasn’t put women in direct combat since 1948, they experimented with women in tank crews and the armored corps and reversed the policy. Britain, too, has gone back and forth depending on who’s in office. Although neither is comparable to the U.S. military’s size and scope, both found the same problems: much higher injuries and lower performance among women that skyrocketed costs and degraded readiness.

Congress can defund or postpone the effort in the next National Defense Authorization Act, or postpone implementation until they can review the studies and ramifications. It may take the next president to reinstate women’s combat exemption, but it can be done.

The Daily Signal published a different perspective on the issue of women in the draft last year: No More Double Standards for Women in the Military