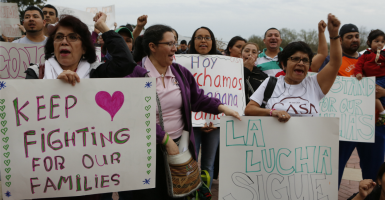 Look beyond the contentious political rhetoric over confirming his replacement, and it’s clear that Supreme Court Justice Antonin Scalia’s death during a presidential election cycle will likely change the outcomes of major cases coming before the high court this term.

Legal experts say Scalia’s absence, assuming his seat isn’t filled for the remainder of the 2015 term, and possibly the rest of President Barack Obama’s time in office, may affect all of them.

The court is now split evenly between Republican-appointed justices and Democrat-appointed justices—four each—meaning the likelihood of a tie vote is stronger, although Justice Anthony M. Kennedy is known to often side with liberal justices Ruth Bader Ginsburg, Stephen G. Breyer, Sonia Sotomayor, and Elena Kagan.

Most Supreme Court experts say that votes Scalia would have taken on cases already argued cannot be applied in the final ruling.

In the event of a tie 4-4 vote, the lower court’s ruling would be upheld, but possibly only for a short time.

“A tie vote does not have the stamp of approval of the Supreme Court,” said John Malcolm, the director of The Heritage Foundation’s Meese Center for Legal and Judicial Studies. “It’s as if the court had decided to not hear the case in the first place. It does not become a Supreme Court precedent.”

Indeed, while a 4-4 split would temporarily leave the prior court ruling in place, the Supreme Court will likely order the case reargued once a new justice is confirmed, according to Russell Wheeler, a Brookings Institution scholar who studies federal courts and the selection of judges.

“It’s likely that the court in those situations may order reargument when it’s back to 9 justices,” Wheeler told The Daily Signal. “Because a majority of the Supreme Court justices thought it’s important to have a national binding resolution on these issues, it doesn’t become less important because of the death of one of its members.”

Here’s a look at how the key cases pending before the court this term may be impacted by Scalia’s death.

Voting rights (heard Dec. 8): In December, the court heard oral arguments on a case looking at whether to change the way state and municipal voting districts are drawn.

The case, Evenwel v. Abbott, concerns whether all residents or just eligible voters must be counted in creating voting districts.

Currently, total population is used. Counting just eligible voters would mean people such as children, immigrants living in the country illegally, prisoners, and some convicted felons would not be counted.

Without Scalia, a ruling allowing the counting of only eligible voters seems less likely, although Malcolm suggests the outcome might stay the same with or without him.

“The conservatives might not have won anyway,” Malcolm said.

A 4-4 vote would keep in place an appeals court decision maintaining Texas’ policy of counting everybody.

Affirmative action (heard Dec. 9): During oral arguments in December, Scalia made controversial comments suggesting that some black students might be better off in a “slower-track school” rather than at a more competitive university. Scalia had been a critic of race-based admissions policies, believing they violate the Constitution’s guarantee of equal protection.

Scalia’s comments hinted that the court’s conservatives seemed prepared to limit the University of Texas at Austin’s use of racial preferences in undergraduate admissions decisions.

But even without Scalia’s vote, the school’s program still could be in trouble since liberal justice Kagan has recused herself because of her personal ties to the case, meaning a 4-3 vote in favor of conservatives is possible.

The Fisher v. University of Texas at Austin case is the only one in which Scalia’s death eliminated, rather than created, the possibility of a tie.

Public-sector union fees (heard Jan. 11): Malcolm and Wheeler predict that conservatives are likely to be most adversely affected by Scalia’s absence in a case where the challengers are asking the justices to exempt employees who are represented by unions—but aren’t members—from paying union fees.

A 4-4 split would leave in place a lower court decision that required employees to pay the dues, meaning the unions would be the winners in the case, Rebecca Friedrichs v. California Teachers Association.

Abortion (to be heard March 2): Scalia’s death may have no impact in this case, because legal experts have predicted that Kennedy could side with the liberals to strike down a Texas law imposing stricter standards on abortion clinics.

“If Kennedy votes with the liberal justices, then it [Scalia’s death] won’t have an impact,” Malcolm said.

If Kennedy surprises, creating a tie in the case, Whole Woman’s Health v. Hellerstedt, the Texas restrictions would remain in place. But a 4-4 tie would not set a new national precedent for federal courts to follow, meaning the law would be limited to Texas.

Religious liberty (to be heard March 23): With Scalia on the bench, religious non-profits such as Little Sisters of the Poor seemed likely to win an exemption from the Affordable Care Act’s mandate that employers pay for contraceptives as part of health insurance plans.

The court is now more likely to split 4-4 and uphold a lower court ruling that leaves the contraceptive mandate in place, according to Malcolm and Wheeler.

Immigration (to be heard in April): In perhaps the most high-profile decision before the court this term, the Supreme Court will rule on whether Obama can implement his executive actions on immigration before he leaves office.

Under the program, Obama would defer deportation and grant work permits to illegal immigrant parents of U.S. citizens and legal residents. Without Scalia, Obama needs at least one conservative justice to vote in his favor.

A 4-4 tie in the case, United States v. Texas, would preserve the lower court’s decision, placing an injunction on the program.

If that were to happen, the temporary nature of the split vote means the fate of some four million immigrants living here illegally would be in limbo.

“We are in a period of uncertainty now,” Wheeler said. “It’s bad to have all these 4-4 decisions because everybody puts all of this effort into them, and in the end, it doesn’t make any difference.”