Since the Release of Undercover Videos, 8 States Have Defunded Planned Parenthood. Ohio Makes It 9. 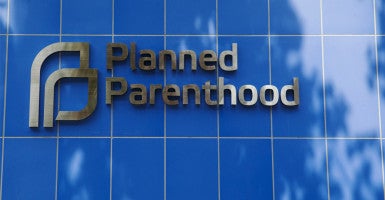 Ohio Gov. John Kasich is expected to sign a bill defunding Planned Parenthood, making Ohio the ninth state to do so since undercover videos exposed the abortion provider’s apparent role in harvesting the body parts of aborted babies.

The bill, H.B. 294, ensures that state and certain federal funds are not used to perform or promote nontherapeutic abortions at Planned Parenthood or elsewhere. The Ohio House passed the final version 62-32 on Wednesday and sent the legislation to the Republican governor’s desk.

“Governor Kasich has worked with legislative leaders to ensure that public dollars are used to their best purpose,” Kasich spokesman Joe Andrews said, according to The Columbus Dispatch. “The Ohio Department of Health had already stopped awarding state dollars to Planned Parenthood.”

Other states, such as Indiana, have worked to defund Planned Parenthood.

The new Ohio law will direct funds from the state Health Department budget to community health centers. It will not allow the Department of Health to contract or affiliate with entities that perform or promote nontherapeutic abortions, which don’t involve the life of the mother or cases of rape or incest.

“Ohio taxpayers should not be forced into an immoral partnership with Planned Parenthood.”

After the surfacing of the Center for Medical Progress’ first undercover video in July 2015, Kasich spokesman Rob Nichols released this statement:

The governor is a strong, consistent and committed believer in the sanctity of human life and finds this news and practice abhorrent. This is illegal under both Ohio and federal laws and anyone who violates those laws should be prosecuted to the fullest extent possible, and credible evidence of a possible violation should be fully investigated.

According to Ohio Right to Life, the new law will cut over $1 million in the state’s use of yearly federal grants that had gone to Planned Parenthood.

“Thanks to the thoughtful, careful work of the Ohio House and Senate, the taxpayer dollars of pro-life Ohioans like myself will now be shielded from the abortion industry,” Stephanie Ranade Krider, executive director of Ohio Right to Life, said in a formal statement. She added:

This is an incredible victory for the pro-life cause in Ohio and for the national pro-life movement’s collective efforts to defund the abortion industry chief, Planned Parenthood.

This legislation will mark the extraordinary moment when Ohio decided to get out of the abortion business.

The Ohio House first passed the bill in November and sent it to the Ohio Senate. When the Senate in turn voted in late January to defund Planned Parenthood, Stephanie Kight, president and CEO of Planned Parenthood Advocates of Ohio, released a statement saying the Ohio General Assembly “chose politics over people.”

“This is not what Ohioans want,” Kight said.

Sarah Torre, a policy analyst in the DeVos Center for Religion and Civil Society at The Heritage Foundation, wrote that Planned Parenthood affiliates receive over half a billion dollars each year from state and federal sources.

“Congress should end federal taxpayer funding to Planned Parenthood affiliates and redirect those funds to health centers that provide health care for women without entanglement in abortion or questionable handling of baby body parts,” Torre wrote.