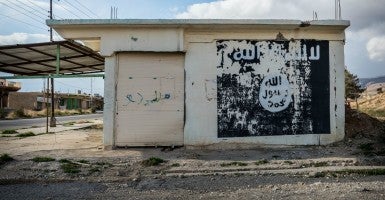 President Barack Obama still has not classified ISIS’ actions against Christians and others in the Middle East as “genocide.” What else needs to come to light? (Photo: Alessandro Rota/Sipa USA/Newscom)

The European Parliament has overwhelmingly passed a resolution referring to the Islamic State (ISIS)’s killing of religious minorities under its control as “genocide” in the Middle East.

Now, it is the United States’ turn to act.

In its resolution, the parliament recognized that “religious and ethnic minorities, such as Christian (Chaldean/Syriac/Assyrian, Melkite, and Armenian), Yazidi, Turkmens, Shabak, Kakai, Sabae-Mandean, Kurdish and Shia communities, as well as many Arabs and Sunni Muslims, have been targeted by the so-called ‘ISIS/Daesh,’” and that “genocide, crimes against humanity and war crimes are of concern to all European Union member states, which are determined to cooperate with a view to preventing such crimes and putting an end to the impunity of their perpetrators.”

The resolution specifically noted the genocide’s impact on Christian communities. For example, “on the night of 6 August 2014 more than 150 000 Christians fled the advance of the so-called ‘ISIS/Daesh’ over Mosul, Qaraqosh and other villages in the Nineveh Plains, having been robbed of all their belongings, and … to date they remain displaced and in precarious conditions in northern Iraq; … the so-called ‘ISIS/Daesh’ captured those who were unable to flee from Mosul and the Nineveh Plains, and … non-Muslim women and children were enslaved, with some being sold and others brutally killed and filmed by the perpetrators.”

Moreover, “in Feb. 2015 the so-called ‘ISIS/Daesh’ kidnapped more than 220 Assyrian Christians after overrunning several farming communities on the southern bank of the Khabur river in the north-eastern province of Hassakeh, and … to date only a few have been released, while the fate of the others remains unknown.”

The parliament clearly “[e]xpresse[d] its view … that the so-called ‘ISIS/Daesh’ is committing genocide against Christians and Yazidis … and that this therefore entails action under the 1948 United Nations Convention on the Prevention and Punishment of the Crime of Genocide” (emphasis added).

By its actions, the European Parliament has managed to do what far too few government officials and others in positions of power have been willing to do—clearly call ISIS’ genocidal actions against Christians, Yezidis, and others in Iraq and Syria as “genocide.” By ISIS’ own words, it wants to cleanse the caliphate of all who don’t agree with its religious views. By its own actions, it has been killing and driving off the land Christians and others based on their religion.

This is ISIS’ clear intent. Even if nothing more comes to light, this evidence is enough to classify ISIS’ actions against Christians, Yezidis, and others as meeting the legal definition of genocide under the Genocide Convention.

Yet President Barack Obama still has not classified ISIS’ actions against Christians and others in the Middle East as “genocide.” What else needs to come to light?

As the Family Research Council has noted before, President Bill Clinton regretted not taking action in Rwanda during his term to stop the genocide there. A genocide designation against ISIS will impact society and government with the moral and legal force necessary to prevent more genocide from occurring. However, it is likely already too late, and we will all have to face ourselves in the mirror again despite knowing all too well the Holocaust’s lesson of “never again.”

It is possible Obama is delaying because he knows he will have to politically swallow the legal implications of the genocide designation by seriously acting to prevent it, but it could also be that he doesn’t want to be labeled an apologist for Christians and seen as a representative of the “Christian West” on the world stage. Either way, to prioritize such petty political considerations over truth, facts, and the law will be to our everlasting shame.

Sadly, history will likely bear this out.