Millionaires Are Qualifying for Medicaid Under Obamacare 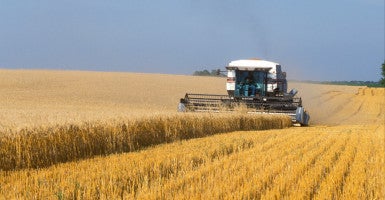 Under new rules for Medicaid eligibility implemented under the Affordable Care Act, those with high net worths but low monthly incomes, such as some who own land, qualify for Medicaid. (Photo: Andre Jenny Stock Connection Worldwide/Newscom)

Millionaires living in states that expanded Medicaid are benefiting from government-sponsored health insurance, and taxpayers are footing the bill for it.

In states that expanded Medicaid, people with high net worths and low monthly incomes qualify for Medicaid because of loosened eligibility requirements implemented under Obamacare. And in rural states like Iowa, Americans whom many would consider wealthy are taking advantage of this “loophole” and enrolling in coverage paid for by taxpayers.

Jesse Patton, an insurance broker living in Iowa, has had clients with net worths ranging from $2 million to $5 million, which often stem from farmland or assets from divorce settlements. And those clients, he said, are enrolled in Medicaid in expansion states like Iowa.

“It was designed to help the lower-income population,” Patton told The Daily Signal of Medicaid. “But without the asset test, there are folks that have the financial means and assets there that are good at figuring out how to work the system and capture a benefit they’re entitled to.”

Under the Affordable Care Act, states that opted to expand Medicaid did away with an asset test, which was previously used to determine eligibility in regular Medicaid. To qualify for the program, the government considered a combination of income and net worth.

Now, under the law, eligibility in states that did and did not expand Medicaid is linked solely to modified adjusted gross income, keeping it in line with the tax code.

“This was a move to standardize as much as possible, so you’re bringing in more people, but you’re not complicating the system to where you can’t figure it out,” Joy Wilson, director of health and human services policy at the National Conference of State Legislatures, told The Daily Signal.

Though changing the requirements for Medicaid eligibility put the program in line with the tax code, it also created a “loophole” for those many would consider wealthy to enroll in the government-sponsored program.

“When you get into the Midwest and states with an agriculture market, you can have several million [dollars] in farm ground that you’re not reporting with income,” Patton said.

Patton said he’s encountered Iowans whose net worths top $1 million, and they’ve had no problem enrolling in Medicaid because their annual incomes are below 138 percent of the federal poverty line, or $16,000 for an individual—the new income threshold to qualify for Medicaid in states that expanded the program.

The Iowa broker specifically recalled the case of one woman who had $1.5 million in land and received another $500,000 from a divorce settlement. The land and cash settlements, which went into a trust, were not reported as income, so the woman was able to enroll in the government-run health care program.

“In our market, we’ve got quite a few people people who are either farmers or have gone through divorce settlements where they received considerable amounts of money, but it’s not showing up as income to them at this point in time,” Patton said.

Wilson said that though it’s likely there are some worth millions who are enrolling in Medicaid, they represent a small share of the overall Medicaid population.

“With every system there are issues, and there are always some people trying to help someone who might have a workaround,” she said. “But I would hope that’s not a large number of people, and I suspect if it became big enough, they would have to go and amend the law.”

“It’s safe to say the bulk of the individuals who qualify by income don’t have a lot of assets,” Wilson continued. “There’s always an exception to the rule, maybe someone’s parents died and they got a $1 million house. But that’s not your typical person coming in at the poverty level.”

But those who are asset-rich, like enrollees who own large amounts of land, are not the only population who can qualify for Medicaid under Obamacare.

Ed Haislmaier, a senior fellow in health policy studies at The Heritage Foundation, said that graduate students may find themselves eligible for the program, as many likely qualify for Medicaid based solely on their incomes.

Such was the case for Hartford, Conn., student Brendan Mahoney, who signed up for health care through Connecticut’s exchange when it opened in 2013 and learned he was eligible for Medicaid. Mahoney, a third-year law student at the University of Connecticut, had a school-sponsored health plan prior to Obamacare’s implementation but found he could enroll in Medicaid instead.

“It’s distorting the program away from those whom it was designed to help who are most vulnerable and don’t have other options,” Haislmaier said. “Unlike the farmer or divorcée who could cover it out of dipping into their substantial assets, or the graduate student who could cover it through student loans or a part-time job, the poor kid or the disabled adult, don’t have those options. They’re the ones whom Medicaid was set up for.”

The Obama administration expanded Medicaid under the Affordable Care Act with the intention of expanding coverage for low-income Americans. Under the law—and in the 31 states and the District of Columbia that expanded Medicaid—adults who earn below 138 percent of the federal poverty line, or around $16,000, can enroll in the program.

The federal government will cover all the costs of Medicaid expansion until the end of this year. Participating states are required by cover 10 percent of the costs by 2022.

Haislmaier warned that wealthy Americans who can dip into their assets to pay for health insurance are taking advantage of a program designed for people who don’t share the same lifestyle.

“It has introduced new inequities into the system,” he said.

Questions regarding the population of Americans benefiting from aspects of the Affordable Care Act were raised after CNBC published a report last month detailing how millionaires are able to qualify for subsidies when purchasing coverage on the state-run and federal exchange.

Just like eligibility for enrolling in Medicaid in expansion states, eligibility for the health care law’s subsidies is based solely on income, not a combination of net worth and income.

As a result, the news organization found that a Florida-based financial adviser was helping clients whose net worths were in the millions enroll in coverage through Obamacare and qualified for subsidies.