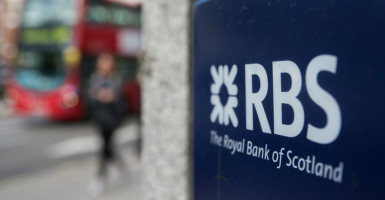 If the Senate ratifies the Protocol amending the Multilateral Convention on Mutual Administrative Assistance in Tax Matters, it would result in the U.S. taking part in the automatic exchange of financial information with foreign governments. (Photo: Neil Hall/Reuters/Newscom)

In November, lawmakers on the Senate Foreign Relations Committee approved a number of seemingly innocuous tax treaties, which typically pass with little to no fanfare.

However, buried among the eight tax treaties passed by the Senate panel is one that could have significant consequences for Americans with foreign bank accounts, as well as foreigners who have an account at a U.S. financial institution.

It’s called the Protocol Amending the Multilateral Convention on Mutual Administrative Assistance in Tax Matters. If ratified by the Senate, the convention would result in the automatic exchange of individuals’ and businesses’ sensitive financial information between foreign governments and the U.S.

Specifically, the U.S. government would be required to share with foreign governments the financial information of foreign individuals and businesses with accounts in the U.S. Additionally, foreign governments would be required to share with the U.S. the financial information of Americans’ and U.S.-based businesses with accounts overseas.

The protocol has been backed by the Obama administration and Organization for Economic Co-operation and Development (OECD). They argue that it will help to identify tax evaders.

“Promiscuous information sharing with corrupt governments is a recipe for all sorts of bad things,” Dan Mitchell, a senior fellow at the Cato Institute, told The Daily Signal. “Bad tax policy, identify theft, espionage—you should be trying to make government smaller and less intrusive, not bigger.”

Mitchell, along with The Heritage Foundation’s senior fellow in economic policy, David Burton, have been among the few tracking the treaty’s progress and warning of its implications for American individuals and businesses who have foreign bank accounts.

“If you have any sort of nexus with a foreign financial institution, you don’t have to live overseas for that; you just have to have a diversified portfolio,” Mitchell said. “This type of massive information sharing sweeps in just about everything.”

Under the Multilateral Convention on Mutual Administrative Assistance in Tax Matters, which was ratified in 1991 and is currently in place, the Department of the Treasury is authorized to share information requested by a foreign government about an individual, and the original convention was open only to members of the OECD or the Council of Europe.

And though the protocol could jeopardize the security of Americans’ financial information—including account balances and numbers, dividends, interest, trusts, and the sales of financial assets—Burton and Mitchell said it would pose a serious threat to political dissidents who have fled countries like Russia and China.

“You have governments who are evil, corrupt, and incompetent,” Mitchell said. “Whether you’re talking about gangs in Mexico who want information about American executives so they can kidnap them, whether it’s Russia or China in international espionage, or an incompetent government with hackers, this thing is just a disaster waiting to happen.”

In a December paper outlining the dangers of ratifying the convention, Burton stressed the impact the treaty could have on political dissidents and said that corrupt officials within authoritarian governments would have access to information that can then be sold for identity theft or financial fraud.

Additional safeguards to protect such information are needed, he said. Though the Department of the Treasury, and specifically the Internal Revenue Service, have stressed that they must be “satisfied that the foreign jurisdiction has the necessary legal safeguards in place to protect exchanged information,” Burton said it’s unlikely the U.S. can detect internal data transfers from one foreign governmental entity to another.

“Financial privacy can be the difference between the survival and the systematic suppression of an opposition group in a country with an authoritarian government,” he said. “Many dissidents and human rights groups maintain accounts outside the countries where they are active for precisely this reason.”

Though the Senate Foreign Relations Committee passed the amended convention late last year, it has yet to be taken up by the full Senate.

Sen. Rand Paul, R-Ky., has in the past been an outspoken opponent of proposals that would require the sharing of confidential financial information. However, his office did not respond to The Daily Signal’s request for comment on the amended protocol.

If the amended convention does eventually make its way to the Senate floor and is ratified, Mitchell warned the U.S. would be on a “slippery slope.”

“Collection, storing, and sharing—it’s hard to conceive how it can get worse, but it can get worse,” he said. “We’ll be on a slippery slope. Who only knows what sort of poison and thorns and spikes are going to be at the bottom of the hill we’re sliding down?”