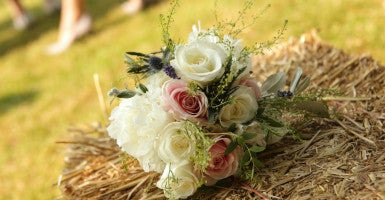 “All Americans should be free to live and work according to their beliefs, especially in our own back yards,” the farmers' lawyer, Caleb Dalton, said. (Photo: iStock)

The New York Supreme Court found a Christian couple in violation of a human rights law for refusing to host a same-sex wedding at their farm, upholding a $10,000 fine levied by a state agency.

The court also upheld $3,000 in compensatory damages for the lesbian couple who wanted to have their marriage ceremony there.

Cynthia and Robert Gifford own Liberty Ridge Farm in upstate New York, where, in addition to growing crops, they have hosted events such as birthday parties and wedding receptions.

In September 2012, Melisa Erwin called to inquire about using the Giffords’ farm for her same-sex wedding ceremony. Cynthia Gifford declined, explaining that the Giffords’ Christian faith precluded their facilitating a same-sex marriage on their property.

Erwin and her partner, Jennifer McCarthy, filed a complaint with the state Division of Human Rights, which  later ordered the Giffords to pay $10,000 in fines and $1,500 in damages to each woman for “sexual orientation discrimination.” The agency also told the Giffords to implement classes to educate their staff about anti-discrimination policies.

The Giffords appealed the decision.

In its Jan. 14 ruling, the New York Supreme Court found the Giffords in violation of an “unlawful discriminatory practice law,” which prohibits discrimination based on sexual orientation in places of public accommodation. New York’s anti-discrimination law reads:

It shall be an unlawful discriminatory practice for any person, being the owner, lessee, proprietor, manager, superintendent, agent or employee of any place of public accommodation, resort or amusement, because of the race, creed, color, national origin, sexual orientation, military status, sex, or disability or marital status of any person, directly or indirectly, to refuse, withhold from or deny to such a person any of the accommodations, advantages, facilities or privileges thereof.

The Giffords, represented by the legal aid group Alliance Defending Freedom, argued that they were not subject to the law because their farm is not a place of public accommodation. They also said a government mandate forcing them to host same-sex weddings at their home is a violation of their religious beliefs.

“We’re not hateful people,” Cynthia Gifford said in an interview last year with The Daily Signal. “We just believe that a marriage is between a man and a woman, and we do not want to hold a [same-sex] marriage ceremony here on our family farm because the state tells us we have to do it.”

The court agreed with the women who wanted to be married at the Gifford farm:

“All New Yorkers are entitled to their own religious beliefs, but businesses cannot discriminate based on sexual orientation any more than they can based on race or national origin,” Mariko Hirose, a staff attorney for the New York Civil Liberties Union who represents the lesbian couple, said in a formal statement. “We applaud the courage of the McCarthys for knowing their rights and standing up against discrimination.”

The Giffords’ lawyer saw it differently.

“The government went after both this couple’s freedom and their ability to make a living simply for adhering to their faith on their own property,”  Caleb Dalton of Alliance Defending Freedom, who represented the Giffords in court, said in a statement.

“All Americans should be free to live and work according to their beliefs, especially in our own back yards,” Dalton added.

This is just the latest example of how bad public policy that creates special privileges based on sexual orientation and gender identity is being used to penalize ordinary Americans. In the aftermath of the Supreme Court’s redefinition of marriage, public policy must ensure that the government never penalizes anyone for acting on the belief that marriage is the union of man and woman.

Anderson’s book, “Truth Overruled: The Future of Marriage and Religious Freedom,” discusses the Gifford case and how public policy should better protect Americans from being coerced into violating their religious beliefs.

“The court should have rejected this unwarranted and unconstitutional government intrusion, so we will consult with our client regarding appeal,” Dalton said.

This report has been updated to include a comment from the American Civil Liberties Union and to flesh out Anderson’s comment.