5 Reasons Why Senate Energy Modernization Bill Is Anything but Modern 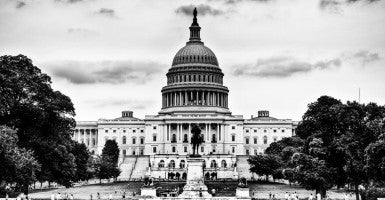 Several senators want to advance a massive energy bill called the Energy Policy Modernization Act of 2015. But there’s nothing modern about the legislation.

The bill is an extension of the same, tired “politicians know best” mentality that siphons taxpayer dollars and hands them to special interests. The policy provisions of bills like this take decisions away from households and businesses and only empower Washington, D.C.

The legislation, which totals more than 400 pages, allegedly attempts to avoid controversial provisions that would cause partisan divide. But the bill is full of provisions that should be cause for concern for American taxpayers. Below are several of the most egregious policy proposals in the Senate energy bill and reasons why these provisions are unnecessary and well beyond the scope of the federal government’s duties.

1. What the bill does: Establishes multiple taxpayer-funded worker-training programs

Why it’s the wrong policy: Providing taxpayer money to train the next generation of workers in energy efficiency misunderstands how markets work and how industries generate workforces.

If energy-efficient products and investments make economic sense, the government will not need to artificially create both the demand and the supply. As the private sector expands, it trains workers appropriately to meet demand—and it will make those investments with its own resources.

When the government embarked on “green jobs” training programs in the 2009 stimulus bill, job placement was sparse, and much of the training was delivered to already employed workers who did not need the training to perform their jobs.

2. What the bill does: Encourages renewable energy and efficiency retrofits at schools and non-profits and provides subsidies for manufacturers to improve energy efficiency

Why it’s the wrong policy: Markets will drive energy efficiency and consumer and business savings without the help of the government or the taxpayer. The fundamental problem with the federal government’s efficiency measures is that they ignore the many diverse needs of American families and businesses, who ultimately are the best arbiters of efficiency and how to spend their money.

A one-size-fits-all regulation or subsidy to artificially elevate the importance of energy efficiency is not only wasting taxpayer dollars, but skewing preferences and market activity. Businesses and families make energy-saving investments when it makes sense for them to do so.

The paternalistic view of federal intervention in energy efficiency ignores the trade-offs, budget constraints, and payback periods that families and investors face, as well as the preferences they hold. Even if an energy-efficiency mandate or subsidy saves consumers money, this does not necessarily make them better off if they value other preferences more, whether it be the safety of a heavier vehicle, the shorter operating cycle of a dishwasher, or the predictable function of an older machine that workers are comfortable using.

3. What the bill does: Subsidizes advanced vehicle technologies to reduce petroleum use in commercial vehicles

Why it’s the wrong policy: The market opportunity for innovative vehicle technologies already exists, and any profitable idea won’t need special anointment through a government program. Americans spend hundreds of billions of dollars on gasoline each year.

The profit incentive will reward innovative ideas and promising new technologies. Oil’s dominance as a transportation fuel (especially at such low prices, but even at higher ones) is not because a government program is lacking or because more taxpayer spending is needed to jump-start a transformation in the fuel industry.

Although oil is the predominant source of energy for the transportation sector, the private sector provides a variety of choices for vehicles. We have vehicles with varying degrees of fuel efficiency, electric vehicles, biofuels, natural gas vehicles, propane-powered vehicles, and more.

4. What the bill does: Provides government “incentives” and handouts for hydroelectric production, demonstration projects for geothermal energy and hydrokinetic energy, a recycling program for critical minerals and for the government to identify potential supply disruptions to critical minerals, more than half a billion dollars per year to build a “clean” coal pilot project, and an e-prize competition to “implement sustainable community and regional energy solutions that seek to reduce energy costs through increased efficiency, conservation, or technology innovation in high-cost regions”

Why it’s the wrong policy: None of these activities is the legitimate role of the federal government.

They are activities that do not need to involve the federal government, an entity not particularly good at picking industry winners and losers or at planning for future workforces. Not only do these spending initiatives waste money, but they distort the market by dictating where investments flow, taking labor and capital away from potentially more promising endeavors.

At best, the programs may provide some subsidized production and jobs, which politicians can point to as a positive. Overall, though, the bill is not the recipe for a sustainable industry and a thriving economy. Nor does it show how those resources could have been more productive in other sectors of the economy. Congress should sunset and eliminate these programs, not retool and expand them.

5. What the bill does: Creates a new $150-million-per-year National Park Maintenance and Revitalization Fund to attempt to address park maintenance backlogs and permanently reauthorize the Land and Water Conservation Fund (LWCF) and the Historic Preservation Fund

Why it’s the wrong policy: Enacted in 1965, the Land and Water Conservation Fund (LWCF) uses offshore energy royalties to buy private land and turn it into public parks. This bill would specify that the funds collected could be used not only for land acquisition, but also for hunting, fishing, and recreational purposes as well as conservation programs. The Act would also permanently reauthorize the Historic Preservation Fund (HPF) at $150 million a year; the fund administers preservation grants to state, territorial, tribal, and local governments; educational institutions; and nonprofits.

Federal ownership of land in America is massive, consisting of some 635 million acres. The effective footprint is even larger, as limitations on federal lands often impact the use of adjacent state and private lands, and as government agencies lock up lands through informal designations and study areas.

America’s largest land holder, the Department of the Interior (DOI), has a maintenance backlog of $13.5 billion to $20 billion for the land it already owns—a deficit leading to environmental degradation, soil erosion, gross amounts of littering, and land mismanagement.

The solution is not to throw more money at the problem by increasing budgets, acquiring more land, or placing burdensome restrictions on existing federal lands, but to transfer ownership and responsibility to state and local governments and private property owners.

Eliminating the Land and Water Conservation Fund and the Historic Preservation Fund will not create more environmental degradation—in fact, just the opposite. The result of devolving responsibility to those parties closest to the issue, who can prioritize problems, solve them effectively, and properly weigh the needs and desires of local communities will be better land use and environmental protection, enacted in ways that suit the needs of local populations—not tens of billions of dollars in maintenance backlogs. This would leave Washington with less, like Yosemite and the Grand Canyon, that it could manage more effectively.

Taxpayers have already gone through the process of paying for comprehensive bipartisan energy bills, most recently in 2005 and 2007. And we’re still paying for them.

The economic rationale behind those bills and the Energy Policy Modernization Act misunderstands what drives growth and prosperity. Congress should eliminate and sunset these programs for good, not attempt to revamp, retool, and extend them.