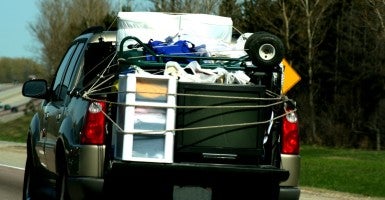 "In South Carolina, homes are even cheaper, with free market competition keeping the price of a new home close to the actual construction cost." (Photo: ca2hill/iStockphoto)

Americans are moving to places with affordable costs of living and strong labor markets (or good retirement communities). The top destination states of 2015 could hardly be more different geographically and culturally: Oregon and South Carolina. What they have in common is that both states are relatively affordable places to live.

The data on moving comes from United Van Lines, which ranks the states based on the proportion of interstate moves that were inbound or outbound.

The top five outbound states of 2015 were:

In South Carolina, homes are even cheaper, with free-market competition keeping the price of a new home close to the actual construction cost.

Where urban and suburban land use regulation is modest, builders can meet demand with new supply. In places like San Francisco and Boston that lack that flexibility, people leave despite those cities’ high wages and dynamic economies.

Moving patterns show how important cost of living is to American families. With perfect weather and a booming, high-tech economy, California ought to be the #1 destination. Instead, more moving trucks are leaving the state than entering.

The top five inbound states of 2015 were:

Policymakers can lower the cost of living by removing unnecessary regulations and licensure requirements, streamlining bureaucracy, and ending protections that have been granted to favored industries.