Congress Shouldn’t Buy In to a Cadillac Tax Delay 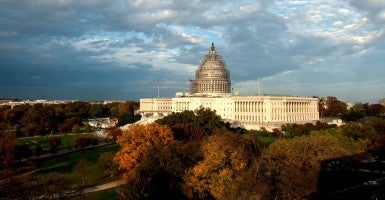 As Obamacare’s implosion continues to unfold, Democrat lawmakers have been desperate to postpone some of the law’s most adverse impacts on Americans. Now it appears K Street lobbyists have convinced some Republican lawmakers to join their Democrat colleagues by attempting to delay the so-called “Cadillac tax,” which is an excise tax on all plans offered by employers above a specified amount.

Simply put, Democrats own Obamacare’s outcomes, and they’re looking to postpone the pain for their constituents. They clearly have an interest in limiting, or making more palatable (at taxpayer expense), the law’s adverse effects.

But delaying the Cadillac tax doesn’t change the fact that the law is bad policy. It is driving up premiums and turning one of the fastest growing sectors of the economy into a consortium of regulated public utilities. Obamacare will make budget discipline next to impossible.

In addition to increasing federal revenues, along with all of Obamacare’s other taxes, the Cadillac tax’s hamfisted design does little to increase cost-consciousness among consumers. Rather, it forces employers to cut back the coverage that they offer instead of doing the right thing, which is giving employees a choice in compensation—health benefits or cash wages—without forcing employers to alter their existing plans.

The Cadillac tax is a political nightmare of epic proportions for a party that claims to represent the people. For instance, in 2009, Democrats’ go-to guy on health care, Jonathan Gruber, sold the Cadillac tax as an “excise tax” that “would mean about $660 in extra annual earnings per employer-insured household by 2019.” Six years later, nearly every single Senate Democrat voted to delay the implementation of the tax until 2020.

According to Sen. Chuck Schumer, D-N.Y. (the next Senate Democrat leader), the Cadillac tax is “falling on too many middle-class people, and we have to do something.”

But let’s be clear: Congressional Democrats are not genuinely interested in addressing the core policy problem. They are merely in search of a politically expedient solution. In other words, the Democrats are scared that increasingly nervous hardworking Americans, who have seen their health care insurance disrupted and premiums increased, will soon begin shouldering the massive financial burden of Obamacare’s redistributionist policies.

Of course, Obamacare’s adverse impacts are not limited to the Cadillac tax, which is why the full and complete repeal of Obamacare remains one of the iron laws of conservative politics.

There is no reason for Republicans to leave Obamacare’s foundation in place during any future effort to enact health care reform. And despite what some Republicans may argue, a delay of the Cadillac tax would not undermine Obamacare, nor would it make full repeal more likely come 2017. If any of those things were a possibility, President Barack Obama would have issued an immediate veto threat. Instead, Obama left the door open to signing a delay.

Conservatives should therefore be skeptical of any such changes that look to delay bad provisions of Obamacare and aim to move in the opposite direction.

It’s telling that earlier in the debate over the tax extenders package (likely to serve as the vehicle for delay of the Cadillac tax), there was also talk about providing additional funding for health insurance industry “risk corridor” bailouts. This is yet another example of policies Republicans need to oppose.

Republicans will be on firmer ground in considering health policy changes by internalizing this principle: If it stabilizes Obamacare or pays off special interests at taxpayer expense, it is bad policy.

They should support reforms that accomplish the inverse, undermining the law and taking taxpayers off the hook for the costs of bribing insurers, hospitals, and other special interests to go along. This is what Congress did last year with its change to the “risk corridor” Obamacare bailouts, and those who led that fight should be commended. Republicans should learn from their example and not buy into the Democrats’ Obamacare delay game. Period.