Senate Reconciliation Bill Will Remove the Budgetary Core of Obamacare 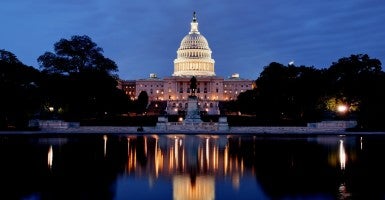 The Senate will vote this week on a reconciliation bill (a fast-track budget process) that repeals the budgetary heart of Obamacare and restricts funding for Planned Parenthood. This is a vast improvement over the House-passed bill.

The Senate bill repeals most of the new spending programs of Obamacare, including the premium subsidies and Medicaid expansion, and most of the taxes.

The bill also eliminates the individual and employer mandate penalties, repeals the Obamacare risk corridor (a program designed to collect payments from insurers who made excess profits) and reinsurance programs that can be used to bailout private insurers, and sets up transition period for Congress and the next president to replace the health care law with a proposal that reduces costs for families and the federal government.

The Costly Market Regulations That Are Left

While this Senate bill reduces spending by $1.5 trillion and taxes by $1.2 trillion, it does leave in place many harmful market regulations that increase the price of health insurance. Heritage research has shown that eliminating those mandates can reduce premiums for younger people by up to 44 percent and premiums for those nearly into their retirement years by 7 percent. Paul Winfree (an author of this piece) and Michael Cannon have argued that many of these regulations could be considered under reconciliation.

It also leaves in place the draconian Medicare cuts, overlooks the problematic Independent Payment Advisory Board (which cannot be repealed through reconciliation), and eliminates the Cadillac tax rather than replacing it.

In order to completely end federal funding to the organization, Congress must disqualify Planned Parenthood affiliates from receiving any federal Medicaid reimbursements (as the Senate bill does) as well as disqualify Planned Parenthood from receiving grants under specific discretionary programs, like Title X family planning grants. Congress can address both funding sources during the appropriations process. Both Title X grants and federal Medicaid funding could still flow to the many other qualified health care providers that offer the same services as Planned Parenthood affiliates, plus additional ones, without entanglement in abortion.

The Senate bill also represents a significant improvement over the reconciliation bill passed by the House in October, which restricts Medicaid funding for abortion providers but neglects to repeal the core provisions in Obamacare. The House’s partial repeal approach fell far short in a number of important ways, including leaving most of the law’s taxes in place as well as $1.5 trillion of the $1.7 trillion in spending that it cost to finance the coverage expansion.

The House’s anemic opening bid was blamed on a procedural hurdle unique to the Senate known as the “Byrd rule,” which prohibits provisions that are extraneous to the budget process from being included in reconciliation bills. Before the House passed their bill, we warned that their assumptions about what can be accomplished using reconciliation in the Senate were incorrect.

While we know that the Senate can go farther on repeal, this bill is a strong down payment toward that goal and toward stopping funding for Planned Parenthood.

This piece has been updated by the authors.