Policy Riders: What They Are, How Congress Uses Them, and Why They Matter to You 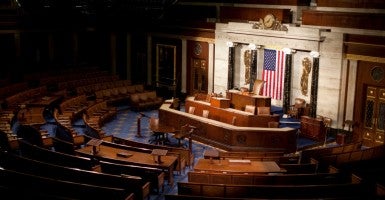 In broad strokes, it’s simple how a bill becomes law. But in detail, that process can be much more complex. One legislative provision in particular, the appropriations policy rider, is little understood but enormously significant.

When appropriation bills sail through Congress, lawmakers often stow policy riders inside. This way, they can achieve policy victories that would have little chance of becoming law on their own.

“Lawmaking” or “limiting” in nature, riders can either create entirely new policy or dictate how the government spends existing funds. In 2014, for example, lawmakers attached both types of policy riders to an appropriations bill.

After the District of Columbia legalized the recreational use of marijuana, Congress—which oversees the city—added a rider that would have limited the municipal government from using any funds to normalize the drug.

In the same package, Congress passed a lawmaking rider that increased the amount private donors could give to political campaigns.

With a looming Dec. 11 deadline, lawmakers are scrambling on Capitol Hill to hammer out an appropriations bill. And several policy riders will shape the final product that lands on President Obama’s desk.

In October, the House passed a budget under Speaker John Boehner, R-Ohio. Now lawmakers must begin the appropriations process; they must decide how and where that money is spent under Speaker Paul Ryan, R-Wis.

“We are not going to approve anything that has all these ideological, short-sighted, crazy ideas—to do away with women’s health, to do away with clean air, to attack Dodd-Frank, and all these.”

But Ryan has indicated that Republicans won’t roll over during the spending debate.

Ryan was referring to Article I, Section 8 of the Constitution, which empowers Congress to make laws and appropriate funds.

For the most part, policy riders are subject to all constitutional prohibitions like any other legislation. For instance, they cannot grant titles of nobility or restrict presidential duties already mandated by the Constitution.

Significant and lasting law has been the product of temporary policy riders.

Since 1976, the Hyde Amendment has kept federal tax dollars from funding elective abortions and health insurance coverage of abortion—except in cases of rape, incest, or when the life of the mother is at risk.  As a “limiting” policy rider, it has been renewed each year during the appropriations process.

Constitutional advocates of the policy rider say it provides the legislative branch with a key check against the executive.

Opponents long have criticized riders as a way for the legislature to bully the executive.

In 1879, President Rutherford B. Hayes complained that lawmakers using riders could hold the executive hostage by “insisting upon the approval of a bill under the penalty of stopping all of the operations of government.”

In the case of the Hyde Amendment, both pro-choice and pro-life presidents have signed off on the provision for fear of risking a government shutdown. This is not always the case.

This article has been modified to specify the scope of the Hyde Amendment.