What Acquistion Reform for the Pentagon Should Look Like 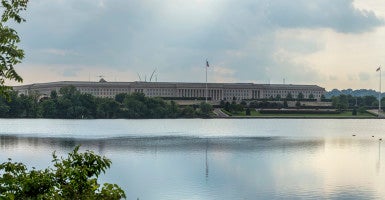 Not since the heady days of the “revolution in military affairs” over a decade ago has reforming the Pentagon been such a central focus of Washington musings. Recently, Senate Armed Services Committee Chairman John McCain, R-Ariz., kicked off a series of hearings looking at the roles and missions of the armed forces with an eye toward reducing overlap, duplication, and bureaucracy.

The hearings look to build on the momentum to rethink American defense and foreign policy in the post-Obama era. How the military buys stuff will no doubt be a key topic of the debate. If the U.S. is going to outpace pressure from global competitors, the top priority for acquisition reform ought to be figuring out how to get new capabilities into the field faster.

Both the Senate and House Armed Services Committees started digging into the specifics of acquisition practices months ago. Acquisition reform also ought to be one of the next administration’s priorities for delivering better defense.

All of this attention is welcome, but defense reform has to serve a strategic purpose. It can’t become just a green-eyeshade exercise about getting more for less. Otherwise, mismanagement at the Pentagon could leave America both poorer and less safe.

Government has an absolute obligation to be a good steward of our tax dollars. Washington has to figure out how to adequately support the armed forces without ballooning the national debt. But beyond making Pentagon spending more rational, the goal of reform must be to fulfill the duty of providing for the common defense.

“Yes,” writes defense analyst Dan Goure at the Lexington Institute, “there are instances of waste, fraud and abuse in defense acquisition. But far less than one might imagine given the hundreds of thousands of contracts the Pentagon signs annually. Nor is there strong evidence to back the idea that the source of DoD’s acquisition problems is its inability to subdue an all-powerful, rapacious and unethical private sector.”

In other words, just squeezing out bad behavior won’t dramatically improve the Pentagon’s capacity and capability to deliver forces in the field.

According to The Heritage Foundation’s 2016 Index of U.S. Military Strength, the state of the armed forces is marginal. If the Pentagon does manage to save on anything, the odds are that it will need to plow those savings back into defense to recover some of the capabilities lost over the last few years.

Even the Pentagon acknowledges there is big problem that has to be solved. Deputy Defense Secretary Robert Work has been touting an “offset strategy” to deliver new military technologies that convince potential adversaries to “never to try to cross swords with us conventionally[.]”

The problem with Pentagon’s “offset” strategy is that it treats acquisition like “fairy dust,” throwing out the hope that new technology will magically appear that doesn’t require spending a lot more money and delivers awesome capabilities that flabbergast would-be adversaries. The problem with this line of thinking is that technological innovation doesn’t appear on demand. Innovation is possible only when the technology is mature enough to be turned into capabilities that can be built and fielded.

But beyond recovering lost ground, acquisition reform has a much bigger part to play in future defense strategy. There is a practical, responsible course for reasserting American power on the world stage. That strategy centers on demonstrating the capability to protect U.S. interests in three critically important strategic regions: Europe, the Middle East, and Asia.

Part of this effort involves rebuilding American military strength, demonstrating that the U.S. can credibly put forces in the field at an adequate, sustainable level. For example, the Pentagon needs to increase the number of ground troops available. Fielding new capabilities in greater numbers would significantly enhance the deterrent value of future conventional military forces.

To make a difference in the near term, the U.S. will have to demonstrate that it can put real capabilities in the field in relevant numbers within five to ten years. That’s no small task. It currently requires decades to deploy major new systems, and the deployment comes in dribs and drabs.

Jiggering the system so it can deliver more, sooner, makes a lot of sense in a number of areas. The new next-generation bomber program is a case in point. Fielding a powerful new long-range bomber would seriously complicate matters for adversaries who think they can hold American firepower at arm’s length—and it shouldn’t be a heavy lift for the Pentagon. By any reasonable assessment, the program “seems to be much more advanced than earlier bombers were at the time their contracts were awarded. It largely uses existing materials and technologies, and is not a wildly ambitious dream like the XB-70 nor an experimental first step into a new field like the B-2 stealth bomber.”

In other words, the next-generation long-range bomber is not a big science project. What Washington needs is a responsible acquisition that doesn’t screw it up.

Another case worth looking at is the fielding of the Gerald R. Ford-class carriers. Making that program move along more expeditiously would give U.S. naval forces a serious boost.

Robotics and directed-energy weapons are also capabilities that ought to be produced in greater quantity and gotten into the field faster. And, of course, who doesn’t want more and better cyber capabilities, faster?

Given the decline in U.S. military strength, defense acquisition reform ought to focus on improving the speed of dependable acquisition. In the absence of a silver turbocharger to boost the speed at which the Pentagon gets stuff into the field, the systematic, step-by-step approach being advocated by the leadership in the House and Senate Armed Services Committees seems to be a responsible, timely way to proceed.