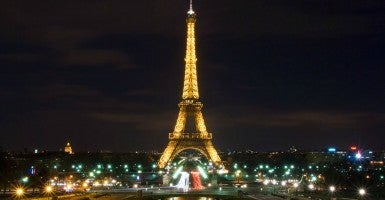 The horrific series of terrorist attacks throughout Paris have sent shock waves across Europe and the world.

According to media reports, more than 120 people were killed in multiple attacks on several locations in the French capital, including a restaurant near the Place de la Republique, the Bataclan concert venue, and the Stade de France, home of the French national soccer team. Some of the attacks are reported to have been suicide bombings.

The French government has declared a state of emergency, deployed troops to the streets of Paris, and has closed the country’s borders.

In terms of sheer scale, this could be the largest terror attack on Western soil since the 9/11 attacks on the United States in 2001.

While it is too early to determine the exact identity of the terror group responsible for these atrocities, the attacks are consistent with the kind of mass casualty attacks that have been carried out in the past by Islamist terrorists in London, Madrid, Istanbul, and most recently in Paris itself, with the Charlie Hebdo massacre in January this year.

It also comes in the wake of last week’s explosion onboard a Russian airliner flying from Egypt to St. Petersburg, which U.S. and British authorities believe was a terrorist attack. According to the London Daily Telegraph, gunmen shouted “Allahu Akbar” in one of tonight’s Paris attacks.

There is speculation that the terror attacks are a direct response by the Islamic State to the U.S. drone strike Thursday that killed the terrorist known as Jihadi John in Raqqa, Syria. While it is unlikely that ISIS would have the capability to launch such a well-coordinated attack within such a short time frame, it is possible ISIS had been planning such an attack on Paris for some time and decided to launch it today for propaganda reasons, to give the impression that this is immediate retaliation for the Jihadi John strike.

The barbarism and carnage on the streets of Paris are a stark reminder that the free world is at war with brutal terrorist groups who seek to sow death, fear and destruction in the West.

This is a moment for robust and bold leadership from leaders on both sides of the Atlantic, who must be prepared to emphatically defeat the enemy we face. In the words of Britain’s Iron Lady, Margaret Thatcher, after she survived an assassination attempt while serving as prime minister:

The terrorist threat to freedom is worldwide. It can never be met by appeasement. Give in to the terrorist and you breed more terrorism. At home and abroad our message is the same. We will not bargain, nor compromise, nor bend the knee to terrorists.

This commentary was updated to include the latest information on the attacks.

>>> The Message Jihadi John’s Death Sends to Other Jihadists