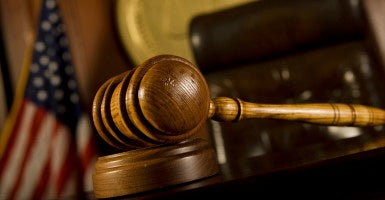 It’s bad enough having a state hold an election that is racially discriminatory. Now we have a judge willing to allow it to move forward.

That would be federal district court Judge J. Michael Seabright (a George W. Bush appointee, surprisingly enough). He’s refused to issue an injunction to stop an election in Hawaii to set up a separate government that excludes anyone who doesn’t meet the state’s definition of “Native Hawaiian.”

Seabright’s deplorable decision in Akina v. State of Hawaii is on an emergency appeal to the Ninth Circuit Court of Appeals—which, unfortunately, doesn’t always seem to believe in following Supreme Court precedent.

Meanwhile, voting has already started in Hawaii. The election is intended to select delegates to a convention, which will draw up “governance documents” for a Native Hawaiian government. Registration to vote was restricted to “Native Hawaiians,” who are defined as only those whose ancestors lived on the Hawaiian Islands prior to 1778—and even then only to those willing to confirm a statement affirming “the unrelinquished sovereignty of the Native Hawaiian people.” Voting by mail started on November 1 and runs through the end of the month.

The lawsuit was filed by Judicial Watch on behalf of six residents of Hawaii, several of whom actually meet the ancestry requirement. However, they could not register to vote because they refused to agree to the prerequisite for registering—agreeing with the statement about the “unrelinquished sovereignty of the Native Hawaiian people.” Two of the plaintiffs are also native Hawaiians who were registered without their knowledge or consent.

This is the second time that Hawaii has tried to conduct such a restrictive election, which resembles the whites-only elections held in some parts of the South before the Civil Rights movement began in the 1950s. And the U.S. Supreme Court has already told Hawaii it could not do this the first time it tried.

In Rice v. Cayetano, Hawaii restricted the residents of the state who were allowed to register to vote for trustees for the Office of Hawaiian Affairs, a department of the state government, as well as to vote in a special election that asked whether Hawaiians should elect delegates to propose a native Hawaiian government. This latter issue is the identical issue present in the current case, as is the definition of native Hawaiians.

This definition that the state of Hawaii “implicates the odious ‘one drop rule’ contained in the racial-segregation codes of the 19th and early 20th centuries,” according to Peter Kirsanow, a member of the U.S. Commission on Civil Rights. Or as former Justice John Paul Stevens ironically pointed out in his dissent in another case, Fullilove v. Klutznick, if a government “is to make a serious effort to define racial classes by criteria that can be administered objectively, it must study precedents such as the First Regulation to the Reich’s Citizenship Law of November 14, 1935,” which similarly defined Jews based on their ancestry.

The Supreme Court threw out Hawaii’s discriminatory registration and voting scheme in 2000 as a fundamental violation of the Fifteenth Amendment.

It criticized the state’s defense, saying it was using ancestry as a proxy for race and was based on “the demeaning premise that citizens of a particular race are somehow more qualified than others to vote on certain matters.” The state’s “reasoning attacks the central meaning of the Fifteenth Amendment”:

There is no room under the Amendment for the concept that the right to vote in a particular election can be allocated based on race. Race cannot qualify some and disqualify others from full participation in our democracy.

Judge Seabright refused to enjoin this latest Jim Crow-type election because he claims it is an entirely private election, not a state election and will “not result in any state officials, law, or change in state government.” Seabright essentially dismisses the involvement of the state government. Thus, he says, the Rice case does not apply.

Yet not only did the state’s Office of Hawaiian Affairs provide a private nonprofit entity, Na’i Aupuni, with $2.6 million in public funds to conduct the election of delegates and the convention, but the state supplied the nonprofit with the voter registry being used. That registry was implemented under a state law, Act 195, passed in 2011 and run by a state entity, the Native Hawaiian Roll Commission. All of the commission’s members were appointed by the governor of Hawaii.

According to Judicial Watch’s brief in the Ninth Circuit, there is a mass of evidence showing joint action and “outright collusion” between the state Office of Hawaiian Affairs (OHA) and Na‘i Aupuni (NA):

NA was formed, three years after Act 195 was passed, for no other purpose than to hold the election that OHA could not. NA’s bylaws refer to OHA’s legislative goals. OHA was, at least for a time, a member of NA. NA’s vice-president is married to the CEO of the [Native Hawaiian Roll Commission]. NA was given millions of dollars of public money to hold an election described in a state law, Act 195, in a series of contracts with OHA, wherein OHA retains all sorts of special rights and privileges. NA “decided” to use the race-based Roll the NHRC had been developing for years, and that OHA is statutorily required to use[.] … Indeed, it is particularly telling that NA gave OHA assurances that it would use the race-based Roll to hold a race-based election before the two parties entered into contracts awarding NA millions of dollars to hold that election.

Seabright discounts the public funding, pointing to prior case law holding that the government is not responsible for actions of private entities who receive government funding. But there is no question, as the Public Interest Legal Foundation (PILF) says in an amicus brief supporting the emergency appeal, that the state “government has been operating a brazenly racially discriminatory voter registration process.”

Without that registry (and the state’s funding), the election could not be held. Yet astonishingly, Judge Seabright actually says that establishing, maintaining, and using this discriminatory registry is not a violation of equal protection.

What is going on, according to PILF’s brief, is that the state, knowing that the Supreme Court has barred it from directly conducting this type of racially discriminatory election, is using “a private entity as its proxy to conduct the very same type of election that was condemned by the Supreme Court in Rice.”

Moreover, Judge Seabright makes no mention anywhere in his opinion of the Supreme Court’s 1996 decision in Morse v. Republican Party of Virginia. In Morse, the Court held that the Fifteenth Amendment, as implemented through the Voting Rights Act, prohibited the Republican Party of Virginia from imposing a registration fee to attend and vote in the party’s nominating convention—which was being run by a private entity.

The state of Hawaii may not be directly administering this election. But the state government supplied the money to hold the election and convention, and it provided the restrictive, discriminatory voter registry being used in the election. Moreover, the state’s top government official appointed the members running the registry. Yet Judge Seabright is allowing Hawaii to violate the Fifteenth Amendment and the Voting Rights Act to engage in unmitigated racial discrimination, using both ancestry and a private entity as a proxy to avoid the Constitution and the law.

Of course, this type of organized misbehavior does not occur in a vacuum. The Obama administration filed an amicus brief supporting the state. And on Oct. 1, 2015, the Obama administration’s Department of the Interior published a Notice of Proposed Rulemaking for “reestablishing” a “formal government-to-government relationship” with a new native Hawaiian government if it is established.

The executive branch has no legal or constitutional authority for this unilateral action. But it is part of the administration’s continuous effort to Balkanize America and tear apart the ties that bind us together as one people. It amounts to granting secession for certain residents of Hawaii.