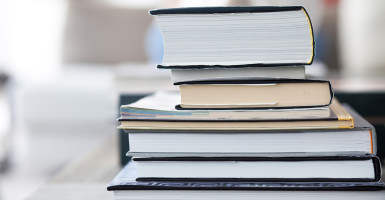 “Dismal.” “A train wreck.” That’s how people have characterized the results of this year’s National Assessment of Educational Progress.

The NAEP assesses fourth and eighth-graders’ performance in reading and math every other year. Test results had been trending upward since the early 1990s, but the results released last month indicated a drop in both math and reading among middle-schoolers nationally. Nevada students didn’t fare any better.

The state’s students have consistently performed well below the national average. Among the 50 states, Nevada fourth-graders now rank 45th in math and 44th in reading. Eighth-graders rank 42nd and 43rd, respectively.

Equally troubling is the lack of improvement among minority and low-income students in Nevada. Nationwide, the achievement gap between students who are eligible for free or reduced-price lunch and those who aren’t eligible has been narrowing. In Nevada, the gap has remained unchanged since 2000.

But this year, legislators gave Nevadans hope that they could turn the table on lackluster academic improvement: They passed the nation’s first near-universal Education Savings Account program. Now every child who has attended a public school in the state for at least 100 days can get access to an account that amounts to 90 percent of what the state would have spent on the child in his previous school, or about $5,100. And children from low-income families or with special needs will have access to accounts worth 100 percent of that amount—roughly $5,700.

This money can be used for tuition at a private school of choice, or it can be used to completely customize a child’s education. ESA funds can pay for private tutors, online learning options, special education therapies and services, textbooks, curricula, and Advanced Placement tests, among a variety of other education-related services and products. The customization opportunities are endless and represent a watershed moment for education in Nevada.

The new ESA option will empower families to access quality education options—particularly low-income families who have had very few choices in the past. Yet, in a state that ranks near the bottom in reading and math, the American Civil Liberties Union has filed a lawsuit to stop this promising innovation in its tracks.

The lawsuit relies in part on a 19th-century relic known as the “Blaine Amendment”—originally established to blunt the growth of Catholic schooling. The amendment’s roots are well-documented as being anti-Catholic and anti-immigrant. Indeed, as the U.S. Supreme Court acknowledged in Mitchell v. Helms, the effort had “a shameful pedigree. … Consideration of the amendment arose at a time of pervasive hostility to the Catholic Church and to Catholics in general.”

The ACLU is on the wrong side of history in using Blaine to thwart this modern-day education choice option.

Nevada’s Blaine Amendment reads: “no public funds of any kind or character whatever, State, county or Municipal, shall be used for sectarian purpose.” But, as the Institute for Justice notes, the language does not apply to “publicly funded educational assistance programs like Nevada’s ESA Program” and “does not constrain the private choices of private individuals.”

Foes of ESAs have lodged a second objection as well: that the accounts violate the state’s obligation to pay for a uniform system of public schools. Yet the ESA option does no such thing. Instead, as the Institute for Justice observes, just like charter and magnet schools, ESAs simply provide for additional education options on top of the existing public school system.

As the new NAEP numbers demonstrate, Nevada has a lot of room for improvement. ESAs may hold the key to jump-starting long-overdue reform and will have the immediate effect of enabling any family with a child in a public school who chooses to use an ESA to craft a tailor-made education for that child. That is, as long as proponents of the status quo, relying on 19th-century ignoble amendments, can stay out of the way.

The headline of this article has been corrected to reflect it hasn’t been 200 years since these laws were put in place.