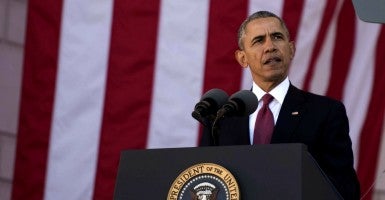 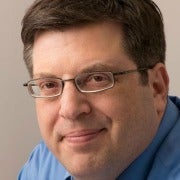 Recently, the Justice Department announced it would not be indicting anyone for his or her role in the most serious domestic political scandal since the Nixon years.

Starting in 2010, the IRS, under pressure from congressional Democrats and the White House, engaged in blatant ideologically motivated discrimination against conservative organizations applying for non-profit status.

That the most feared bureaucracy in Washington was making decisions based on illegal political criteria should send a chill down the spine of any American who cares about the First Amendment and the rule of law.

Yet the Department of Justice has refused to indict even IRS official Lois Lerner, who invoked her Fifth Amendment right to silence to avoid incriminating herself in testimony before Congress.

Unfortunately, the failure to prosecute anyone responsible for abusing the IRS’s authority reflects the Obama administration’s broader contempt for the Constitution and the rule of law.

More generally, the president has abandoned any pretense of trying to work with Congress, as the Constitution’s separation of powers requires. He prefers instead to govern by unilateral executive fiat, even when there is little or no legal authority supporting his power to do so.

Presidents trying stretch their power as far as they can is hardly news. What is news, however, is that top Obama administration officials, including the president himself, see this not as something to be ashamed of, but as a desirable way of governing, something to brag about rather than do surreptitiously.

Obama behaves as if there is some inherent virtue in a president governing by decree and whim, as if promoting progressive political ends at the expense of the rule of law is proper not simply as a desperate last resort but as a matter of principle.

After all, Obama says, democracy is unduly “messy” and “complicated.” “We can’t wait,” the president intones, as he ignores the separation of powers again and again, ruling instead through executive order.

“Law is politics,” and only politics, according to a mantra popular on the legal left, and therefore the law should not be an independent constraint to doing the right thing politically. Obama seems to agree.

As Obama’s lawlessness has received increased attention from Congress, the (conservative) media, and the general public, the president has been defiant, even petulant. When confronted by allegations of lawlessness, Obama takes no responsibility, and doesn’t even bother to defend the legality of his actions.

Harry S. Truman famously said “the buck stops here.” Obama responds to serious concerns about his administration’s lawlessness with a derisive “so sue me.”

As George Washington University law professor Jonathan Turley writes, Obama “acts as if anything a court has not expressly forbidden is permissible.” And in many situations, no one has legal standing to challenge the president’s actions in court—which means that no judge can stop the administration’s lawbreaking.

So sue me? If only we could.

On Tuesday, Nov. 17, David Bernstein will be at The Heritage Foundation at noon for an event about his book, “Lawless: The Obama Administration’s Unprecedented Assault on the Constitution and the Rule of Law.” More details here.