What This College President Thinks Obama’s College Scorecard Is Missing 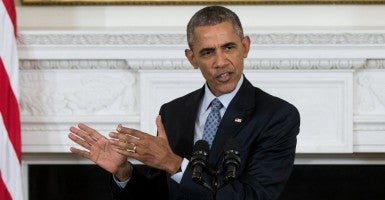 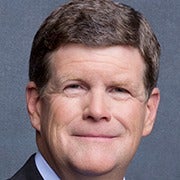 Paul J. McNulty is president of Grove City College, and the former deputy attorney general of the United States.

The U.S. Department of Education has released its “College Scorecard,” a searchable college-affordability database that President Obama described as containing “reliable data on every institution of higher education.” Unfortunately, that simply isn’t true.

I can say so as a president of a college excluded from the scorecard. This scorecard generally poses risks to institutional autonomy and may shape the American higher education landscape in unexpected, negative ways.

For independent Grove City College, a highly ranked private liberal arts college that fought a higher education legal battle with the Department of Education all the way to the Supreme Court in 1984, this proverb is all too real.

Back then, I was a recent graduate of Grove City College; today, I serve as its president. And once again, Grove City College must respond to the long arm of the f­­­­ederal government in higher education, as we did three decades ago.

Because Grove City College does not accept federal financial aid as a matter of principle, we are excluded from the scorecard. We understand that accepting federal student aid opens colleges and universities to a myriad of federal regulations.

Our 1984 Supreme Court case (GCC v. Bell) was about that issue—freedom from intrusive and expensive federal regulation—and we decided to raise private support and use private student loans to maintain independence from the federal government.

As one of my predecessors, Dr. John Moore, observed in 1996 when Grove City College withdrew from the federal student loan program, “[t]here is no way to be sure that the government would not add regulations that would strike at the heart of the College’s mission. As a private, Christian college, we have legitimate concern about federal interference in what we teach and how we teach it.”

Today, most Americans might find it admirable that our 2,500 students do not take federal tax dollars to fund their degrees. And yet, sadly, the American people cannot learn about Grove City College via the Department of Education’s scorecard, despite Obama’s boast that it includes every college and university.

This means students are not learning about a valuable educational choice. Ironically, as the regulatory burden on higher education increases, our independence as an institution has increased in importance and economic value: Our tuition is far below the national average, 95 percent of our last two graduating classes were employed or in graduate school within six months, and our alumni earnings are in the top quartile nationally according to PayScale.com.

The federal government’s intrusion into this realm carries a real threat to institutional autonomy. In 2013, before settling on the College Scorecard, the Obama administration proposed a comprehensive federal ratings system to measure accessibility, affordability, and outcomes at all American colleges and universities.

The results of this system would have determined institutional eligibility for participation in the federal student aid program. Smaller private colleges that focus on classroom teaching tend to be tuition-dependent, making federal student aid their financial lifeblood. Poor performance on the proposed ratings system would have spelled doom for many private colleges, thereby diminishing a great strength of the American system of higher education: its institutional diversity.

The proposed ratings system was eventually scrapped in response to the objections of the higher education community, yet shades of its heavy-handed determinism remain in the scorecard. The federal government is now the purveyor of an official website that sanctions one set of institutional performance criteria in a one-size-fits-all manner. Colleges of all stripes—public and private, large and small, urban and rural, religiously affiliated and non-sectarian—are evaluated by the same criteria, regardless of institutional mission or context.

The danger is that the public will view the College scorecard as an objective consumer information tool, and colleges will focus on the outcomes contained therein to the detriment of other less quantifiable—but equally important—institutional objectives.

In addition to financial indicators, at Grove City College we consider other indicators just as important for measuring how well we are accomplishing our mission. At our 2009 conference “Faith, Freedom, and Higher Education,” Professor Gary Scott Smith, Ph.D., said, “The mission of today’s Christian colleges is extremely challenging and incredibly important. They are called to prepare well-educated, committed Christians who can serve God lovingly, joyfully, courageously, and diligently in a world with enormous spiritual, material, and physical needs.”

In short, we measure the value of education by the holistic value it provides to our students, to the nation, to the world—to the common good.

Performance metrics and accountability in higher education are critical to quality and public confidence. As the general public evaluates the College Scorecard, it would be wise to consider the cost of the expanded federal role it represents. Grove City College has demonstrated that excellence does not have to be bankrolled by the federal government.

Upon further review, we believe that the public will conclude that appropriate measures of educational quality do not have to be decreed by the federal government, either.