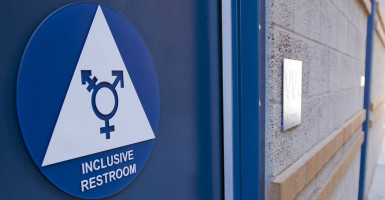 Ted Velkoff lost after backing a decision to include 'gender identity' in the school district's nondiscrimination policy. (Photo: David Bro/ZumaPress/Newscom)

A school board member in Northern Virginia who supported a new policy on transgender students lost re-election Tuesday at the polls.

The Fairfax County School Board voted earlier this year to include “gender identity” in its nondiscrimination policy.

Jeannette Hough defeated incumbent board member Ted Velkoff, who backed the policy. Velkoff has been on the board since 2012.

Hough was one of three Republican-endorsed candidates seeking to defeat incumbents. Two current members, Ilryong Moon and Ryan McElveen, placed first and second in the election. Moon and McElveen had both voted in favor of the transgender policy.

Opponents of the policy argue that allowing biologically male or female students who identify as the opposite sex to intermingle in single-gender spaces such as restrooms and locker rooms raises safety and privacy concerns.

In an interview with The Daily Signal, former board member Mychele Brickner said the board’s decision to include gender identity in the nondiscrimination policy will allow students who are biologically male but identify as female to use locker rooms, bathrooms and other facilities intended for female students. Brickner said the policy also will “allow them to share hotel rooms on overnight school trips.”

The school board has not been forthcoming with Fairfax parents and taxpayers about implementation of the policy, she said.

In an interview with The Daily Signal, Andrea Lafferty, president of the Traditional Values Coalition and a parent in the Fairfax County school district, said the school board has been “deceitful, dishonest and arrogant” in its efforts to “follow a national trend.”

Lafferty said she hopes a change in board membership will restore “common sense.”

Brickner and Lafferty said the Judicial Watch legal group had to file seven Freedom of Information Act requests to get more information to Fairfax County parents from records of board communications. The school board sued Judicial Watch to block release of the documents.

Advocates of school policies such as the one approved in Fairfax County argue that they foster an inclusive environment for students.

The website of the National Center for Transgender Equality puts it this way:

Fairfax County’s public school system is responsible for educating more than 185,000 students a year, making it the largest school district in the state of Virginia and the 10th largest in the United States.