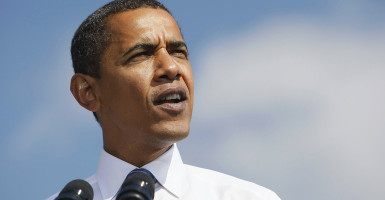 It looks like President Obama is going to ignore Congress and try to forge ahead with new climate regulations. (Photo: EdStock/iStock) 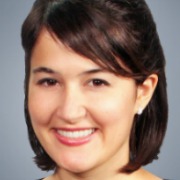 It’s almost winter in Paris, and soon the City of Lights will be blanketed beneath a heavy layer of foreign bureaucrats and climate change negotiators. On November 30, hundreds of unelected representatives of international powers will descend under the auspices of the United Nations Framework Convention on Climate Change (UNFCCC).

According to recent press reports, the mission of the U.S. delegation will be to bind the government to multi-billion-dollar climate regulations—regulations the administration has no intention of sending to Congress for approval.

This is no trifling issue of executive-legislative disagreement. Rather, it’s the latest salvo from an executive intent on centralizing power in the White House.

When Congress refuses to enact policies he desires, President Obama takes “executive action,” putting those policies in place unilaterally. This continued executive overreach—and Congress’ failure to respond to it—is a grave threat to the fundamental nature of the separation of powers that guides our government.

In Federalist No. 51, James Madison wrote on the necessity of separated powers: “The accumulation of powers legislative, executive, and judiciary, in the same hands … may justly be pronounced the very definition of tyranny.” His solution was to endow the three branches of government with co-equal power, thus ensuring that “ambition counteracts ambition.” That is, each branch would jealously guard its power from being usurped by the others, thereby keeping the three branches distinct and America free from tyranny.

Under this president, the slow accumulation of power in the executive branch has gone unchecked by a bumbling and ineffective Congress. That once powerful body has raised nary a whisper over the steady dilution of its authorities.

When Congress refused to pass his amnesty legislation, Obama moved ahead with it on his own, effectively implementing the DREAM Act. When he decided he didn’t like the Defense of Marriage Act, he unilaterally decreed it unconstitutional and directed his Justice Department to simply stop enforcing it. More recently, he flat-out ignored Congress and struck a deal with the terrorist state of Iran, opting to seek approval from the United Nations rather than from the lawmakers of his own country.

The administration’s intention to bypass Congress yet again when it comes to the Paris Protocol demonstrates how bold this president has become in dismissing the checks ascribed to his office. When asked if the protocol constituted a document worthy of review by the Senate, the president’s spokesman flippantly dismissed Congress as a body “hard to take seriously” and suggested that, by holding a different opinion on climate change, Congress somehow forfeits its right to approve new climate regulations—costing Americans billions upon billions of dollars—that the administration is expected to try to impose.

This abject dismissal of the role of the people’s representatives in constitutional governance should deeply unsettle anyone with even a passing concern for the rule of law.

The Paris Protocol represents a crucial test for Congress, which has continuously responded ineffectually to Obama’s executive ambitions. How lawmakers use the powers of their branch—particularly the power of the purse—in response to this agreement will in many ways determine the relationship between the executive and the legislature for years to come.

In terms of constitutional governance, this is perhaps the most consequential circumstance to confront Congress in decades—one that gets to the nature of liberty and to what it means to be American. If Congress willingly cedes its power, it becomes habitual. Should future Congresses wish to reclaim their rightful role, they will have to go to extraordinary lengths to restore balance among the branches.

It is incumbent upon this Congress to use this opportunity to right what has become a very lopsided ship of state. If lawmakers once again abdicate the authorities granted to them by the Constitution, America could quickly find itself in a democracy that has begun to resemble, in the words of the Founders, “the very definition of tyranny.”