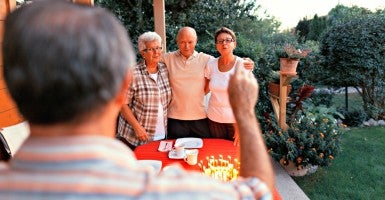 Rachel Miller is a member of The Heritage Foundation's Young Leaders Program.

On Sept. 22, 2015, U.S. District Court Judge George H. King ruled that the copyright to the lyrics of the popular song “Happy Birthday to You” is no longer valid.

The successful motion for summary judgment (a procedure for allowing a judge to rule without a trial) brings an end to a lucrative $2-million annual licensing business and opens the door to wider public use of the song.

Copyright law has roots in the common law and is enshrined in the Constitution and codified in the Copyright Act. The law allows individuals who create artistic works to have the exclusive rights to those works for a period of time. And they can sue if others infringe their copyright.

However, copyrights can lapse and enter the public domain, where the work in question can be used by anyone. Unless someone else steps forward claiming the lyrics to the song, this is exactly what will happen with “Happy Birthday to You.”

So where does this all begin? In 1893, Mildred and Patty Hill created the song “Good Morning to All.” This original melody was later modified to create “Happy Birthday to You.” In 1935, the Clayton F. Summy Company (“Summy”) registered the copyrights, working with the Hill Sisters. Yet, as the court concluded, it appears that these copyrights involved only the melody, not the lyrics. And the melody has been in the public domain for decades!

It turns out that the Hill sisters never actually asserted claims to the lyrics, but rather just the melody. Thus, while Warner/Chappell, the company that acquired the rights from Summy in 1988, has been asserting rights to the song and drawing royalty revenue, this has been based upon an invalid copyright.

Although Summy and Warner/Chappell believed they were entitled to both the lyrics and the melody, the court found no evidence that the lyrics were included in the original 1935 transfer. Since Summy never acquired the rights to the Happy Birthday lyrics, neither did Warner/Chappell. All the money that Warner/Chappell has made since 1988 demanding licensing royalties has been gravy for the company!

[The Hill Sisters] did not try to obtain federal copyright protection. They did not take legal action to prevent the use of the lyrics by others, even as “Happy Birthday” became very popular and commercially valuable. In 1934, four decades after Patty supposedly wrote the song, they finally asserted their rights to the “Happy Birthday/Good Morning” melody—but still made no claim to the lyrics.

Warner/Chappell has been receiving $2 million annually through royalties from this classic song. This $2 million is made up of commercial enterprise use such as movies, television shows, and even singing “Happy Birthday” at many restaurants! (This explains why so many restaurants use alternative birthday songs!) Unless Warner/Chappell wins on appeal, these companies will no longer pay to use the song and may have to repay some royalties.

So for now, go on and sing “Happy Birthday” as you please!