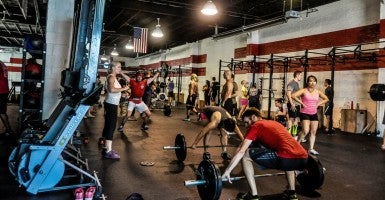 This week, Washington, D.C., took another step towards becoming the first jurisdiction in America to license personal trainers. The little-known Board of Physical Therapy voted to adopt rules requiring a two-year degree or certification for personal trainers in the nation’s capital.

City officials and regulators said the move was driven by a paternalistic desire to protect consumers from unlicensed “gym rats” peddling unsanctioned workout routines. But it is hard to overlook the fact that the board is mainly composed of practicing physical therapists in direct competition with the trainers they are trying to regulate.

The move towards licensure elicited a wave of public opposition from gym owners and trainers, who argue that the whole plan amounts to economic protectionism for physical therapists. Licensure would kill industry jobs, raise compliance costs, and leave the public with fewer options to promote their own physical wellbeing.

Their outcry seems to have had an effect. In an abrupt move, Mayor Muriel Bowser replaced longstanding board chairwoman Senora Simpson – a leading advocate for licensing trainers – and the board adopted rules considerably scaled back from Simpson’s preferred package.

Regardless, the rules may be short-lived; city councilmembers are considering a bill that would spare the personal training industry altogether.

Occupational licensing is usually justified by the need to protect the health, safety, and welfare of the general public. Consumers do not always have the time or ability to be an expert on every product or service, so the government steps in to establish minimum quality standards.

Professionals in licensed fields are banned from working in them unless they meet those standards. This makes sense in certain professions – doctors hold their patients’ lives in their hands; lawyers are often responsible for their clients’ freedom.

But today, almost 30 percent of the U.S. workforce cannot work without a state or federally-issued license. In the 1950s, that number was a mere 5 percent. States have displayed an alarming willingness to regulate a growing number of professions premised on dubious health-and-safety grounds.

For example, if we are to believe state licensing boards, unlicensed eyebrow threading and unregulated fortune telling can seriously jeopardize the public’s safety.

Barbering is evidently so hazardous that it requires hundreds or thousands of hours of training to safely cut hair.

Done right, occupational licensing can foster consumer confidence and protect the public from hacks and the proverbial snake oil salesman.

Is Licensing Really About Safety?

But all too often, licensing is less about ensuring public welfare and more about using arbitrary rules to establish barriers to entry, allowing incumbent players in regulated professions to charge more for their services while the power of government keeps competition at bay.

That was precisely the situation facing D.C.’s prolific personal training industry. The capital has seen an explosion of gyms and fitness programs in recent years, befitting its title as the nation’s “fittest city.”

5,800 Washingtonians work in the industry, offering all manner of services tailored to fit the diverse needs of city residents.

In 2014, the district’s city council took note and passed a bill requiring all personal trainers in the city to register with the mayor’s office and pay the requisite registration fees. They did so despite being unable to point to a rash of injuries or a dangerous proliferation of unqualified trainers.

Despite this, the city rushed to regulate trainers, no doubt enticed by the possibility of new revenue streams from the fees it could levy against licensed trainers.

Consequently, the job of actually determining who qualifies as a “personal trainer” – and therefore legally allowed to practice their profession – was delegated to the little-known Board of Physical Therapy, a five-member body responsible for licensing physical therapy in Washington.

One conspicuous red flag: The board is primarily composed of practicing physical therapists who directly compete with personal trainers for clients. They have an obvious interest in making it as difficult as possible to become a licensed trainer, since doing so cuts down on potential competition. In fact, an early draft of the licensing rules required trainers to have a four-year college degree – an arbitrary requirement that does not fit with the demands of the profession, but would cull the herd.

The power to legally bar competition might also explain why then-chairwoman Senora Simpson, herself a physical therapist, pushed so hard for her board to be tapped to write the rules.

Fortunately, the rules the board ultimately adopted were not as punishing as they could have been. Owing to the public pressure, the final adopted rules called only for a two-year degree or a certification from a fitness organization. Trainers active in Washington for at least the last two years are grandfathered in under the newly adopted plan.

Even if the board could be trusted to act impartially, there is another problem to consider: There is no commonly accepted set of norms and standards in personal training.

Different credentialing organizations utilize different training regimes and testing techniques. One industry group, the Coalition for Registration of Exercise Professionals, representing established sports medicine groups, has lined up against industry upstart CrossFit, which has its own training program.

The board had been expected to select one of these competing credentialing models, cementing it in law and forcing competitors to make costly changes to their business models for no good reason. No doubt many would go out of business as a result.

The Coalition has been a rare backer of D.C.’s push to regulate;no doubt it hoped that its credentialing standards would be used for government-issued licenses. If that were the case, Coalition members would have had a competitive advantage over all of their competitors.

In its rush to regulate, Washington, D.C. walked into a quagmire, with layer upon layer of special interests vying to use the power of government to keep their competitors out. This is exactly the sort of anticompetitive situation that even the Obama administration warned of in a recent report calling on states to revisit and pare back their occupational licensing regimes.

Washington’s misguided foray reveals the pitfalls of government trying to pick winners and losers. Hopefully other states considering expanding their own occupational licensing schemes will learn from the district’s mistakes.