Cartoon: The Editing of Pope Francis 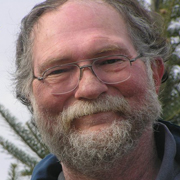 Earlier this week Katrina Trinko wrote on Pope Francis and the media:

When it comes to Pope Francis, the media are quick to pick up on his more liberal views.

In a story headlined, “Republicans’ Comments Put Them on Other Side of Pope’s Visiting Message,” the New York Times reports, “Pope Francis has delivered an encyclical calling for increased action against climate change, denounced the role of global capitalism in increasing poverty, and enthusiastically supported the new nuclear accord with Iran, positions that have caused tensions in the Republican Party.”

CNN, meanwhile, headlined a story, “The Pope vs. the GOP,” and reported that “a large number of House and Senate Republicans want the leader of the Catholic Church to keep a lid on his progressive attitudes on climate change, immigration, guns and capitalism.”

The Washington Post warned that “Pope Francis visit puts Republicans on the defensive.”

Let’s be clear: Francis has made comments and holds views that would easily earn him a stony reception at say, a conservative confab. He’s not some misunderstood Rush Limbaugh-wannabe; there are issues where he and conservatives genuinely don’t see eye to eye.

That being said, there are also plenty of issues where Francis and liberals don’t see eye to eye.

Rep. Paul Gosar, R-Ariz., made headlines for his decision to avoid Francis’ address to Congress because, “if the Pope plans to spend the majority of his time advocating for flawed climate change policies, then I will not attend,” as he wrote for Townhall.

That’s because even if the focus of Francis’ speech is on climate change, he doesn’t talk about climate change the same way President Barack Obama or other liberal politicians might. In his encyclical on the environment released earlier this year, “Laudato Si,” Francis connected concerns about creation to concerns about the value of human life. My colleague Ryan T. Anderson, the William E. Simon fellow at The Heritage Foundation, noted at the time:

Francis highlights that a ‘throwaway culture’ harms both social and physical ecology: ‘When we fail to acknowledge as part of reality the worth of a poor person, a human embryo, a person with disabilities—to offer just a few examples—it becomes difficult to hear the cry of nature itself; everything is connected.’

When is the last time you’ve heard a liberal connect climate concerns to abortion or to the disabled?

Francis, in fact, has a long history of speaking about the Catholic positions on abortion and same-sex marriage—positions that do not align with the pro-gay marriage and pro-abortion views of the left in America.

Let’s just look at a couple of Francis’ tweets:

It is God who gives life. Let us respect and love human life, especially vulnerable life in a mother’s womb.

Every Life is a Gift. #marchforlife

Francis has also consistently upheld traditional marriage. In a radio address in 2014, Francis said, “[T]he complementarity of man and woman … is at the root of marriage and family.”

“One day after the justices of the U.S. Supreme Court heard oral arguments in Obergefell v. Hodges—the outcome of which may dictate the future of same-sex marriage in the United States—Pope Francis on Wednesday publicly affirmed his stance on so-called traditional marriage between men and women,” reported Newsweek in April.

“Jesus teaches us that the masterpiece of society is the family: a man and a woman who love each other! This is the masterpiece!” Francis said in St. Peter’s Square at the time.

He has since spoken numerous times on the family, regularly preaching on marriage and children, and he has often referred to marriage as being between a man and a woman.

In fact, in a speech last week, Francis, while warning about the temptation to place profits ahead of morality, stressed the fact that marriage was between a man and a woman (emphasis the Vatican’s):

The current transition in civilization seems to be marked by the long-lasting effects of a society governed by economic technocracy. This subordination of ethics to the logic of profit commands substantial resources and the widespread support of the media. In this context, a new covenant between man and woman has become not only necessary, but crucial for emancipating humanity from the colonization of money. This covenant should once again guide politics, the economy and civil coexistence! It decides the habitability of the earth, the transmission of love for life, the bonds of memory and hope.

In this covenant, the familial-conjugal union of man and woman is the generative grammar, the “golden knot,” we might say. The faith draws it from the wisdom of the creation of God, who has entrusted to the family, not the care of intimacy as an end in itself, but rather the exciting project of making the world “domestic.” At the beginning there was the family, at the root of this world culture that saves us … saves us from many, many attacks, from so much destruction, from so many “colonizations,” like that of money or of the ideologies that threaten so much of the world. The family is the basis of our defense!

Again, when is the last time you’ve heard a liberal tie a speech about the evil of money to the need for strong families led by a husband and wife?

Francis is scheduled to make a speech on religious liberty Saturday, according to The Wall Street Journal. My bet is the bulk of that speech will make liberals, not conservatives, squirm—and that it will receive less coverage from the media than his remarks on climate change.