5 Cases to Watch in the Supreme Court’s Next Term 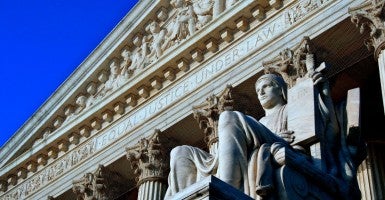 The Supreme Court’s last term was one for the history books, with high-profile cases involving Obamacare and gay marriage.

The next term may not attract the same level of attention from the media and general public, but the justices will consider a number of important issues. Voting rights, public employee unions, and racial preferences in college admissions, and sentencing in death penalty cases are just a few of the big issues coming up in the 2015-2016 term.

In addition to these and around 30 other cases that the Court has agreed to take up, the justices may also grant review in cases out of Texas and Mississippi dealing with requirements for doctors who perform abortions and one or more of the challenges to the Obamacare mandate that religious employers like the Little Sisters of the Poor facilitate access to health care that includes abortion-inducing drugs and devices for their employees.

To hear about these cases and how the term may unfold, join us at Heritage for our annual Supreme Court Preview on Tuesday at noon (or watch online). Top Supreme Court litigators Lisa Blatt and Paul Clement will discuss the big cases of the upcoming term.