‘Not in My Backyard’: Green Energy Mogul Who Opposed Wind Farm Adopts a Different Approach Away From Home 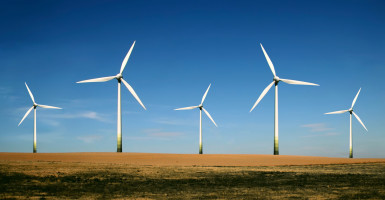 Despite Thomas Melone’s efforts to keep renewable energy away from his home in Martha’s Vineyard, Allco appears to have little sympathy for a Vermont resident's objections. (Photo: iStock)

A green energy mogul who protested an offshore wind farm near his summer home on Martha’s Vineyard is criticizing Vermonters who oppose his company’s four-megawatt combined solar farm proposed in Bennington.

In an appeal to the Massachusetts Department of Public Utilities, Melone protested the proposed construction of 130 ocean wind turbines on the basis that the renewable energy project would affect his viewscapes and hurt the value of his $15-million beachfront property in Edgartown, Mass.

While the Massachusetts Supreme Judicial Court rejected his “not in my backyard”-based complaints in May 2012, Melone and Allco have issued scathing criticisms toward Vermonters who say Allco’s Chelsea Solar farm, planned for Bennington’s Apple Hill area, will greatly disrupt noise, wind, and visual aesthetics for local residents and visitors to the nearby welcome center.

Libby Harris, an intervenor and resident of Apple Hill, has urged the Vermont Public Service Board to deny Allco a certificate of public good on the basis that clear-cutting acres of forest for the solar project will boost highway noise and destroy the natural wind buffer that protects homes in the area.

Harris also claims that removing the forest will disrupt wildlife and remove trees that absorb CO2, in addition to harming the visual beauty of the area.

Despite Melone’s efforts to keep renewable energy away from his home in Martha’s Vineyard, Allco appears to have little sympathy for Harris’ objections.

In an Aug. 6 post-hearing brief filed with the Vermont Public Service Board, Allco’s Michael Melone, son of Thomas Melone, wrote that impending climate change disaster supersedes the concerns of intervenors in Vermont.

“The Chelsea Project will advance the goals of fighting the devasting [sic] impacts from climate change. Whatever the unsubstantiated and private concerns of Libby Harris may be, they pale in comparison to the benefits provided by the Project, and the urgent need for action on climate change,” the brief states.

To stress the urgency of an impending climate disaster, Michael Melone writes, “President Barack Obama has rightly called climate change the greatest threat to national security,” and he adds that  researchers claim “the effects of climate change, pollution and deforestation have caused the Earth to enter the beginning of a new extinction phase where humans could be among the first casualties.”

In an Aug. 12 petitioner’s reply brief, Michael Melone disparages Harris as a “lone wolf” objector and dismisses her worries as “NIMBY concerns.”

According to Harris, such dismissive statements are characteristic of the way Allco deals with residents concerned by the firm’s solar farms.

“The solar company bought the land directly across from my house. From the beginning they have used so much subterfuge to be seemingly fine with what they’re doing, and yet every step of the way they have used their power and deep pockets to bully us,” Harris told Vermont Watchdog.

A retired school teacher, Harris claims she became an intervenor because it’s the only affordable way local residents can voice their objections.

“I decided to become an intervenor because I’m an abutter [to the site]. This has become my personal mission to do what I can because I don’t have all that money to go to Superior Court,” she said.

While Harris said intervening at the PSB is more affordable than paying the more than $10,000 she would need to fight Allco in court, she claims that the company has treated her poorly for her role as intervenor.

“They told me in a conference call that since they owned the land directly across from me, if I didn’t withdraw my intervenor status they would remove every single one of the six acres of apple trees on that land that I look out on.”

Michael Melone did not return Watchdog’s request for comment.

“None of us are against going to renewables,” Harris said. “But I think the Public Service Board, being three appointed people, has been rubber-stamping these wind and solar projects all over the state. It’s already done a great deal of harm in ruining the natural habitat.”