New Government Mandate Could Cause Chaos Within Health Care 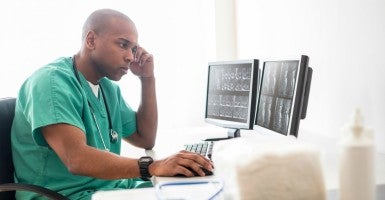 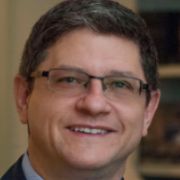 Dr. Michael J. Koriwchak received his medical degree from Duke University School of Medicine in 1988 and has been working with information technology since 1977. In the 1990’s he adapted generic forms software to create one the first electronic prescription applications. He has been writing about health information technology since 2010 and has published on Townhall.com and is a co-host of the radio show, “The Doctor’s Lounge.”

As Oct. 1 approaches my inbox fills more every day with junk mail from health IT vendors offering solutions to my presumed panic.

What panic? Well, as most inside medicine know, Oct. 1, 2015, is a red-letter day that will bring the biggest single change to medical billing in the last 30 years (thanks to Congress).

Although this might not sound too scary, it will most certainly affect every American, and it has the potential to bring chaos to the health care system.

The current medical coding system, which has been in place for decades, has had successive updates built on the one before in a logical sequence. But the new coding system, named ICD-10, will be a complete break from the nine versions before it.

For starters, few outside medicine understand the complex process required for doctors to get paid by insurers for their work, but those who don’t understand are nevertheless affected by the process.

To get paid, a doctor must properly log any work done, along with the reason it was done (the diagnosis), with an assigned code chosen from huge manuals containing tens of thousands of codes.

Medical coding is complex and has no room for error (I know; it’s what I do). Pick the wrong code, and a doctor will not get paid. Pick too many wrong codes over time, and a doctor might be investigated by the government. Over the years, an entire industry has sprung up dedicated solely to medical coding.

Decades of coding experience will be carelessly tossed out the window, leaving many doctors to spend precious time figuring the new system out rather than actually treating their patients.

Supporters of ICD-10 (insurance companies, bureaucrats, health IT vendors, and academics) assure us doctors that it is worth the sacrifice.

They say that ICD-9 is outdated and lacks the capacity to cover the breadth of modern medicine, and it is true that almost every other country uses ICD-10, so it is time for us to “get with the program.”

How the New Coding System Was Chosen

I have been preparing my practice for ICD-10 since the congressional hearings on it last February.

After watching the farcical proceedings, it was clear to me that the “fix” was in.

The chairman of the committee professed his support of ICD-10 before the first witness uttered a single word. Those who testified were mostly a parade of IT vendors, all of whom stood to profit handsomely from ICD-10.

When I began studying the ICD-10 code structure for my specialty, otolaryngology (ear, nose, and throat, or ENT), I was shocked. ICD-10 codes are indeed increased in number from ICD-9, but there is absolutely no rhyme or reason to the expansion.

Codes for ear problems are obsessively divided into those for the left ear, right ear, or both.

For the diagnosis of dizziness due to a problem in the brain (which by definition does not involve the ears), one must still choose left ear, right ear, or both.

Although those of us in ENT medicine have yet to find any left/right differences in ear pathology, one could argue that with better data collection, maybe we’ll discover something new.

If that’s the case, then similar logic would assume that all ICD-10 codes for ENT are divided into left and right. Apparently not.

Beyond codes for ear diagnoses, almost nothing is coded by side.

Sinusitis? No breakdown by side.

It gets worse. For some diagnoses, such as vocal cord paralysis, it is critical to identify which side is paralyzed.

How can we gather any useful data from such a haphazard coding system?

The logic of ICD-10 is flawed.

The supporters of ICD-10 seem to think that once the system is in place and petabytes of data are collected, medical advances will just fall from the sky. I’m not holding my breath.

It is true that the current system and its structure lack the capacity to hold enough codes to cover all known diagnoses, but it could have been easily been modified and expanded to accommodate more diagnoses and increasing medical knowledge without rendering existing codes obsolete.

A completely new coding system was conceived because bureaucrats and academicians fancy themselves worthy of conscripting the rest of us into uncompensated data collection, and IT vendors will make a handsome profit.

Unfortunately, this could cause massive problems across health care in the U.S.

For instance, third-party payers will have a convenient excuse to deny claims and hold onto cash.

The result of the new system will be at best an expensive distraction for physicians, drawing money and time away from patient care that will negatively impact both access to care and quality of care.

But October 1, 2015, could also bring complete chaos to the health care system—with those who have allowed this system to be mandated to blame.

It won’t be long before we see where the chips are going to fall.