How the Supreme Court’s ‘One Person, One Vote’ Case Could Boost Republican Clout 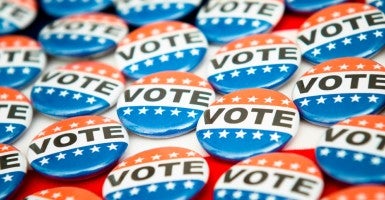 This fall the Supreme Court will settle the Evenwel v. Abbott case, determining whether or not electoral districts should be drawn based on the number of eligible voters or a state's total population. (Photo: iStock Photos)

The Supreme Court will trek into a redistricting case this fall that will settle the contested meaning of the “one person, one vote” principle that has shaped American elections for over half a century.

At hand is whether electoral districts should continue to be drawn using a state’s total population, which is the current precedent, or if the system should shift to account only for eligible voters.

The two Texans who filed the case, Evenwel v. Abbott, argued the weight of their votes was diluted because the state used raw population to draw its electoral districts, which included a large number of ineligible voters such as immigrants legally in the U.S. who do not hold citizenship and illegal immigrants.

The plaintiffs live in a district with a greater number of qualified voters than several other districts in the state, which they contend leaves them with about half the vote of others in their state.

Under the current standard established in the 1964 Supreme Court case Reynolds v. Sims, electoral districts must have nearly equal populations, but the court did not clarify who is included in this population.

Andrew Grossman, an appellate lawyer with Baker Hostetler, said Tuesday noncitizen populations were not a relevant factor when the “one person, one vote” standard was adopted. At the time, undocumented immigrants made up about a third of a percent of the U.S.’s total population.

Today, they make up about 4 percent of the population, clustering unevenly in urban areas across a handful of states, including Texas and California.

Grossman said because of the uptick in the number of undocumented immigrants who are concentrated more heavily in certain districts, the distinction between total population and eligible voting population does make a difference in the weight of votes.

“The result is that basing apportionment on raw population causes very large deviations in vote weight between districts—the very disparity the one person, one vote was intended to eliminate,” he said.

The court’s decision could significantly transform redistricting in the U.S. If the court sides with the plaintiffs, voting power would shift from cities with typically greater noncitizen populations to rural areas generally held by Republicans.

The court’s decision would extend to congressional elections, potentially giving Republicans eight more seats in the House if the plaintiffs win, according to FiveThirtyEight.

Grossman said previous court rulings regarding redistricting standards have consistently held voter equality at the core of “one person, one vote.” If the Supreme Court sides with the plaintiffs, he said, it would reinforce that precedent.

“The court would simply clarify that when it directed states to ensure that the districts contain roughly equivalent populations, it meant the population of eligible voters.”