What’s Behind the Large Medicare Part B Premium Hike for Seniors? 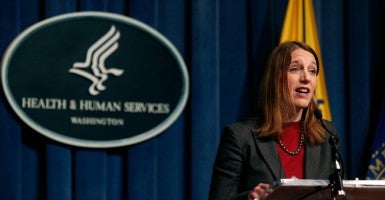 Next year, millions of Medicare enrollees will see their premiums jump from $104.90 to $159.30, a stunning 52-percent increase.

For 2015, the dollar amount represented by that 25-percent share of Part B monthly premium is $104.90. This is the standard Part B premium; a very small number of wealthy seniors—about 6 percent of the total Medicare population—pay a higher, income based Medicare premium.

Most of Medicare’s 55 million enrollees—about 70 percent, according to the Medicare Trustees—will not experience this big one-year jump in their Medicare premiums.

This is not a glitch in the law, but rather a reasonable accommodation for the very large class of older Americans who are no longer working and living on a fixed income. Half of the persons enrolled in Medicare have annual incomes below 200 percent of the federal poverty level (FPL).

Why is it Happening?

For 2016, the Social Security COLA is projected to be zero.

This means that the vast majority of seniors protected under the law’s “hold harmless” provision would thus not see any Medicare premium increase over the 2015 level.

Because payment for physicians’ and outpatient services under Medicare Part B will still increase from 2015 to 2016 (the cost of Part B benefits are projected to jump from $277.3 to $294.4 billion over that period), the law provides that the Medicare premiums for all of those not protected under the “hold harmless” provision must increase.

Under current law, Part B premiums for other beneficiaries must be raised substantially to offset premiums forgone due to the hold harmless provision, to prevent asset exhaustion, and to maintain a contingency reserve that accommodates normal financial variation.

In short, the large premium increases—for the entire Part B program—are being absorbed by a minority of Part B enrollees, which is why the increase is so large for those enrollees.

The Medicare Trustees say the dramatic increase in next year’s standard monthly Medicare Part B premium is just a one-year phenomenon.

They project that in 2017, the Medicare premium will go back down to $120.70, and then gradually increase in the coming years. It will not surpass the 2016 level until 2023, when the standard monthly Part B premium is estimated to reach $164.50, under their intermediate assumptions.

If Congress were to try to fix this, it would likely result in another increase in costs to the taxpayers. This is what happened when Congress and President Obama enacted the Medicare Access and CHIP Reauthorization Act of 2015 (MACRA) to repeal the Medicare Sustainable Growth Rate (SGR) that governed Medicare doctors’ payments.

They did not offset the full costs of the bill, and, according to CBO, they added an estimated $141 billion to the nation’s deficits.

But this doesn’t have to be the case. As The Heritage Foundation and others have long suggested, there are real bipartisan options to offset the costs of any Medicare changes.

Moreover, this latest Medicare crisis is a good reminder why Congress should get serious about real Medicare reform.