The Lessons From Solyndra Still Haven’t Been Learned 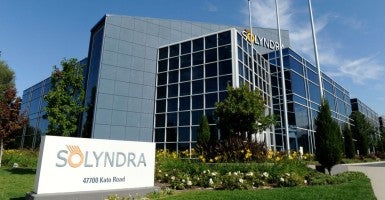 In a letter to Department of Energy Secretary Ernie Moniz this week, the House Committee on Science, Space, and Technology expressed concern over the use of $1 billion in new energy project loan guarantees promised by President Obama at last month’s National Clean Energy Summit.

Just days after Obama’s announcement, the Department of Energy’s inspector general released a report four years in the making on the infamous Solyndra loan guarantee.

Now the Committee is calling for oversight.

The second apparent concern is a similarity in the political urgency to push through loan guarantees for politically favored technologies. According to the inspector general’s report, not only was Solyndra dishonest in its dealings with the Department of Energy, but the “Department’s due diligence efforts were less than fully effective.”

Even more troublesome, the report notes that “employees acknowledged that they felt tremendous pressure, in general, to process loan guarantee applications. They suggested the pressure was based on the significant interest in the program from Department leadership, the administration, Congress, and the applicants.”

At the time, Solyndra’s $535-million loan guarantee was just part of the ninefold increase in government spending on energy due in large part to Obama’s massive stimulus bill.

Solyndra and other politically favored energy projects like it were supposed to help spur economic growth during the recession. The political goal clearly got ahead of the more important duty to use taxpayer dollars responsibly, and taxpayers were left to cover Solyndra’s and others’ bills.

Similarly, the Committee noted the highly political nature of Obama’s $1 billion in loan guarantees in its letter: “According to [Secretary Moniz’s] statement after the [president’s] announcement, these loan guarantees will support energy technologies that ‘will be central to the president’s Clean Power Plan,’”—technologies, it should be noted, that supplied only five percent of the nation’s electricity mix in 2014 and even that much with the provision of more reliable backup power from conventional fuels.

Given the high stakes the Obama administration has put on the success of the controversial Clean Power Plan and the long way wind and solar have yet to go to becoming reliable sources of power, the Committee’s concern for déjà vu doesn’t seem unfounded.

The Committee should have gone one step farther, however. Even better than oversight would be a move to get the government out of the business of energy subsidies altogether.

According to the inspector general’s report, $40 billion in loan guarantees still remains available. Even if all $40 billion doesn’t go the way of Solyndra, that’s $40 billion’s worth of taxpayer liability and government intervention rigging the game by subsidizing politically favored energy choices.

Shifting the financial risk of energy projects through taxpayer-backed loan guarantees steers private investments away from other projects that may not have the Department of Energy’s blessing but have more commercial promise.

By playing investment banker, the federal government is quite literally redistributing capital based on political prestige instead of commercial viability in hopes of helping politically favored companies succeed.

Such an approach is flawed at its core. Since it does nothing to change the fundamentals of a company or technology, it will have no impact on a company’s ultimate success.

In fact, it may actually increase the likelihood of failure as companies that receive subsidies are denied the strong market incentives to innovate and reform in ways that meet market demand.

Essentially, only two types of companies receive subsidies—those that don’t need subsidies and would have succeeded without them (corporate welfare), and those that will ultimately fail with or without subsidies (leaving taxpayers on the hook for bad government investments).

That is because the market—also known as customers—ultimately determines entrepreneurial success, not the federal government. The negative impact of these policies is substantial.

In the short term, American families and businesses are subject to higher prices, higher taxes, and fewer consumer choices. But that is just the beginning.

Funneling resources like money, human ingenuity, and physical capital toward bad ideas means that those resources will never be applied to new and innovative enterprises.

The real irony, if not tragedy, is that a free market is far more likely to yield the technologies and businesses that subsidy supporters claim to want.

Washington needs to learn that it does not know better than the market.

When politics are removed from the equation, American businesses and families are free to make the energy choices that suit their needs. And because their decisions are based on what matters to them—for instance, affordability, reliability, convenience, or projecting a certain image—instead of D.C. politics, everyone will be better off.

That is why it is important that we learn a lesson from the Solyndra debacle.