The Relationship Between Poverty and Unwed Births 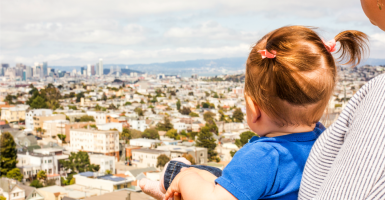 Kay S. Hymowitz is the William E. Simon Fellow at the Manhattan Institute and a contributing editor of City Journal.

In 2014, 40.6 percent of all children in the United States were born to unmarried mothers. That includes close to 72 percent of black children, 53 percent of Hispanic children, and 29 percent of white children. If we can find any sliver of good news in those dispiriting numbers, it is that black non-marital births plateaued about 1994 and moved up “only” 2 percentage points since that time. Optimists might also be able to spy a microscopic decline in the rate for all groups since 2009.

There is one other small piece of good news: The full impact of unwed birth is finally being widely recognized. After a long period of denial, social scientists began to reach a consensus in the late 1990s that the children of single mothers were doing worse than the children of married mothers on just about every measure they studied: school achievement, poverty, emotional well-being, drug use, delinquency, and graduation rates. Not everyone has been convinced, but the disadvantage that attends growing up with a single mother is no longer controversial or hidden.

Experts have also begun to understand that unwed childbearing is deeply entwined with poverty. Even as the government poured money and effort into the War on Poverty, families were collapsing among black and Hispanic Americans. Family decline among whites, while later in arriving and not as dramatic, is also bringing more families near poverty. Single-parent families are about five times more likely to be poor as married-couple families. Worse, their children are more likely to remain poor. Not coincidentally, by some measures, the United States—the proud land of opportunity—is now actually less economically mobile than once hidebound Europe.

Still, today, non-marital births are even more closely associated with class and education than with race. College-educated women rarely give birth without a husband in tow. The newborn babies of lower-income and less educated women, however, commonly have either no father to greet them or one who is only temporarily living with their mother. The class divide in marriage has led to separate and unequal families, which translate to separate and unequal futures for children.

Even as public awareness grows about the diminished prospects of the children of single parents as well as about the relationships among unwed childbearing, poverty, and inequality, what society will do with this new information is by no means clear. The conversation about family breakdown remains deeply uncomfortable and even off-limits for many. As unmarried childbearing becomes more common all over the Western world, the younger generation will find it difficult to speak truthfully about its effects.

Even as they admit the serious disadvantages of family decline for children, the academic and policy communities offer the ambivalent public an easy, and ultimately counterproductive, way out of their dilemma. They propose enlarging the already considerable infrastructure of government support for single mothers. As a political matter, this means labeling those who warn about unintended consequences of this approach as greedy and lacking in compassion. The pressure to accept and adapt to widespread single motherhood by increasing the size and cost of government is bound to grow.

Those committed to the two-parent family as a vital individual and social good must come up with alternative approaches for its support. One component of the problem is the welfare state. The federal government operates dozens of means-tested aid programs for poor and low-income individuals; nearly all of these programs impose financial penalties on lower-income parents who choose to marry. Alleviating these welfare marriage penalties may, over time, give many more children the benefit of stable married parents.

Conservatives point to destructive cultural norms as the reason four in 10 children are now born to single mothers. They are right to do so. The question is whether they can help breathe life into a weakened civil society that must help revive the battered institution of marriage.